Sixers have hit the ground running

Thunder friendless for trip to renegades 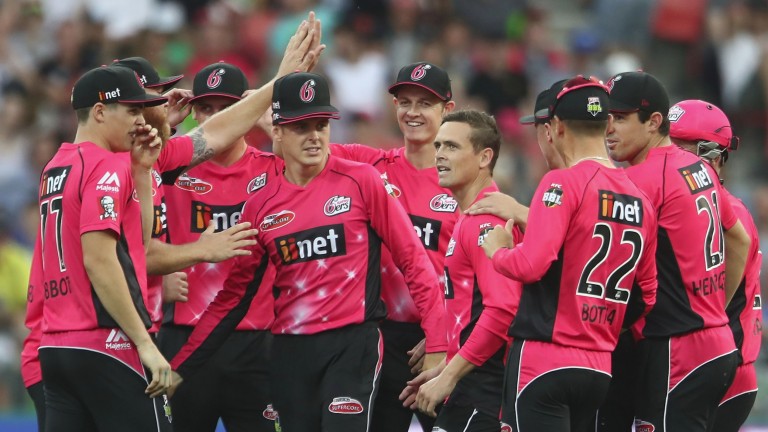 Sydney Sixers were impressive nine-wicket winners over their city rivals the Thunder in the opening game of the Big Bash and they can follow up with a home victory over Hobart Hurricanes early on Friday morning.

The Sixers slammed the defending champions on Tuesday, when their well-balanced bowling attack restricted the Thunder to 159-8 in 20 overs.

Unbeaten fifties from opener Daniel Hughes and Australia
all-rounder Moises Henriques saw them home comfortably and there should be more to come from a line-up that includes hard-hitting England pair Jason Roy and Sam Billings.

Roy’s sometime Surrey teammate Kumar Sangakkara is favourite to top-score for the Hurricanes but there are doubts over the quality of the visiting bowlers and the Sixers, who won just two league games last season, have a great chance to equal that tally at the earliest opportunity.

Thursday morning’s fixture sees the Thunder friendless in the market at 11-8 for their trip to face Melbourne Renegades.