England and Wales set to serve up close-fought clash

Joseph could be the man to unlock Welsh defence 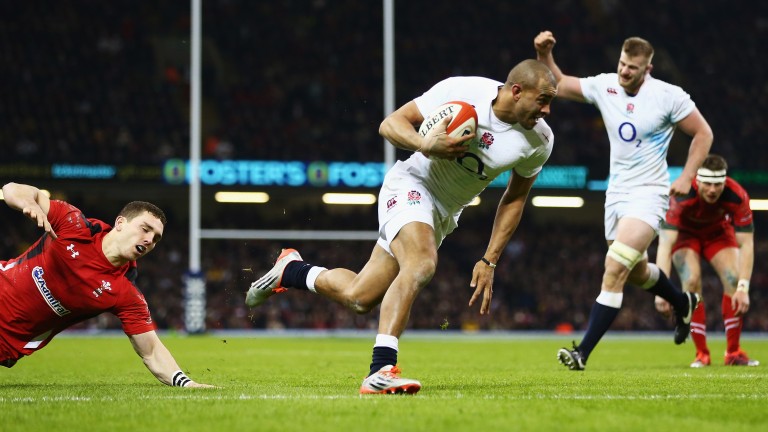 A points-difference margin of less than a converted try separates England and Wales at the top of the Six Nations standings after one round, and there may be just as little in it when the teams meet on the pitch at Twickenham.

England's opening victory over Italy in Rome was fully expected and the defending champions exceeded bookmakers' expectations, covering a 21-point handicap and running in seven tries in a 46-15 success.

But Wales, with a heavily depleted side, were expected to struggle against a confident and exciting Scotland team. Any victory would probably have been impressive but the fearless attacking display that the Welsh produced really caught the eye.

No team carried the ball more in round one than Wales, who chalked up 561 metres with ball in hand, more than 100m more than the next-best team, England with 443.

They attacked from deep and offloaded smartly - even prop Samson Lee joined in with a slick flick-on - as Wales showed that talk of a move to a more expansive game should be believed.

The key will be whether they replicate that in forecast heavy rain at Twickenham and against an England defence that showed impressive line-speed against Italy.

Wales worked tirelessly in defence too, holding out the Scots until the 79th minute, and it was the first time since November 2016 that the now-famed Scottish backline had been held to no more than one try in a match.

England's running game was clearly in good order in Rome - the men in white topped the round-one charts for defenders beaten (26), clean breaks (14) and offloads (11). But they are up against not only difficult conditions but a Welsh outfit who are always up for the battle at Twickenham.

England’s last home defeat in the Six Nations was to Wales in 2012, who followed it up with victory there in the pool stage of the 2015 World Cup, and although a lot has changed since then, five of the last six Twickenham contests between these two have been settled by a single-figure margin.

This looks every inch a full-blooded battle and given the forecast conditions, the enterprise of both teams and their hard-working defences, a double-figure handicap looks too big.

Wales coach Warren Gatland has kept faith with the team who started against Scotland while Danny Care comes in at scrum-half for England in place of the injured Ben Youngs.

Coach Eddie Jones has also made a switch at centre, where Jonathan Joseph may well be a smart selection in place of Ben Te'o.

The Bath centre was England's joint-top scorer in 2017 with five tries and has a record of ten in 15 tournament appearances. He has the footwork and trickery to unlock a suffocating Wales defence.