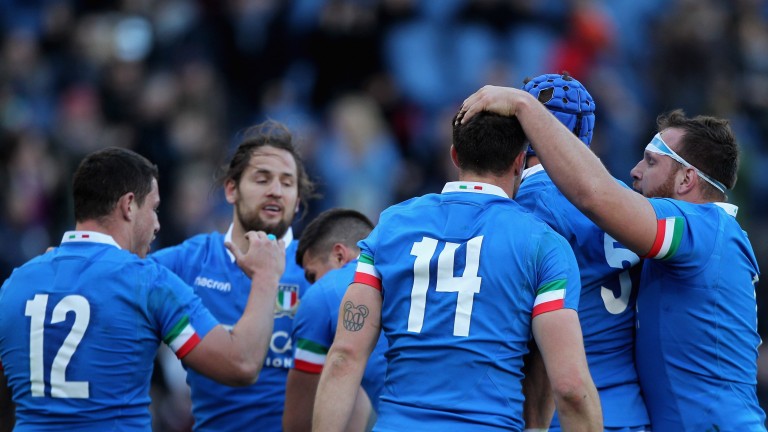 Italy play their 100th Six Nations match looking for a first win in 21 tournament fixtures, and their burning desire to end that sorry run may be enough to ensure a close-fought contest against a disappointing France team.

These have been the poorest teams in the championship, and although France at least have a win over Scotland to their name and they dominated the first half against Wales in the opening round, both of those performances were in Paris. Away from home they have suffered two heavy defeats and shipped ten tries.

Italy have also suffered on the road but at the Stadio Olimpico they have put in battling performances, losing by 11 points to Wales and by ten to Ireland.

It took Wales nearly an hour to break down the Italy defence while Ireland were trailing at the break, and while both opponents featured plenty of fringe players, the resolve and determination Italy find in Rome was clear to see.

In past years fitness was a concern for Italy as they regularly fell away in the second half of matches, but Conor O’Shea and his coaching team have worked hard on that area, and there is every chance they will have singled out this fixture against a flaky French side with nothing to play for.

France coach Jacques Brunel has overhauled his squad and it paid off with the win over Scotland. But the lack of cohesion and defensive organisation that cost them against England was clear to see again against Ireland last weekend, and if they don’t get on top early there is every chance they will lose heart while Italy grow in confidence.

The Azzurri have beaten France twice, most recently in 2013, but of the 17 defeats they have suffered in this tournament all but one have been by more than the ten-point handicap on offer. Nonetheless, Italy look the bet to give everything and deliver the performance O'Shea is demanding.