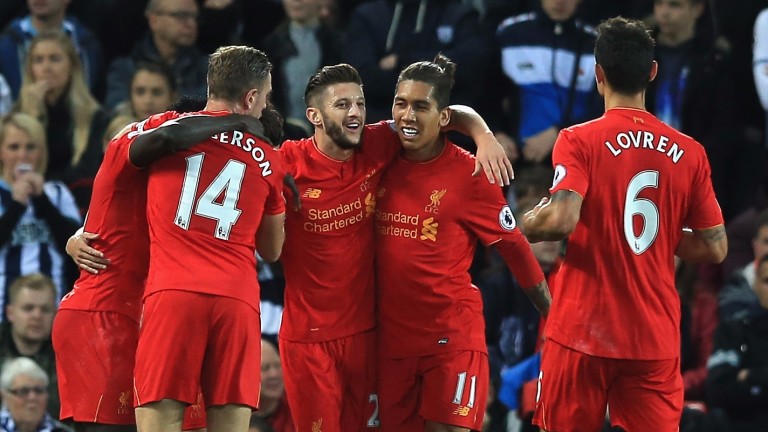 Last weekend’s 4-0 thumping by Arsenal highlighted the size of the task facing Swansea boss Paul Clement, but the presumption that another hammering is looming at Anfield might be incorrect.

A home win, on the face of it, look inevitable. This is after all a match between the top flight’s top-scoring and top-conceding sides, so 2-9 about the Reds is no great surprise.

But given all the tinkering Jurgen Klopp has done in recent weeks and the absence of the outstanding Sadio Mane, this might not be the battering many predict. A better play, therefore, might be Liverpool to win and under 3.5 goals at 11-8.

Klopp’s side are not as free-flowing as they were earlier in the season and had a shocker at Southampton in the League Cup semi-final first leg earlier this month.

Since putting four past Stoke they have played six and scored just five. Admittedly, two of those matches were against Plymouth in the FA Cup where Klopp transformed his starting line-up, but his current obsession with rotation may not be doing his players any favours.

They have also missed the visionary Philippe Coutinho, who can expect a first league start for two months this afternoon though he may well be a tad rusty. They are also missing Mane, a player who injects pace into the Liverpool front line and who is also their top scorer.

Liverpool should still boss the match with possession figures upward of 70 per cent but those numbers on their own don’t add up to a massacre. Liverpool lost at Burnley having had 80 per cent of the ball.

We need a bit of faith in Swansea to stand firm but, as daft as it sounds, there were good signs against the Gunners.

For 45 minutes Clement’s men were organised and not overly troubled. Then Olivier Giroud scored and they fell to pieces.

Their problems are well chronicled. Since Ashley Williams departed they’ve been crying out for a leader. They are only a point from safety but have lost six of their last seven and they could be tailed off by the end of next month.

New recruits are arriving – Tom Carroll and Martin Olsson can expect debuts today – though they will be well aware that Liverpool are unbeaten at home in the league for a year.

The assumption that there will be goals flies in the face of the stat which says seven of Liverpool’s last nine have produced three goals or fewer.

For a first-scorer bet to consider, penalty king James Milner has bagged six from the spot so far and is 10-1 with Coral.

Team news
Liverpool
Nathaniel Clyne (rib) could return. Danny Ings and Marko Grujic are out and the Reds are waiting to see if Joel Matip can play after withdrawing from the Cameroon squad.

Swansea
New signing Luc Narsingh has a calf strain. Martin Olsson can expect a debut with Neil Taylor out.