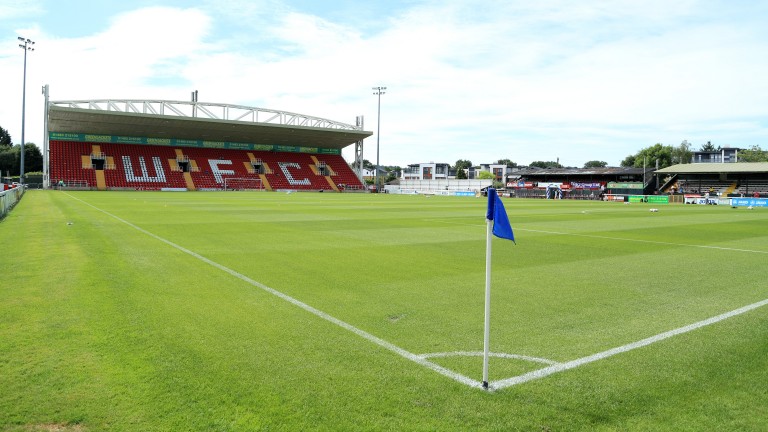 Woking fans are hoping for an upset at Kingfield Stadium
Richard Heathcote/Getty
1 of 1
By Phil Agius 8:00PM, MAR 29 2018

Leaders Macclesfield showed they have the spirit for a title battle when finding a late winner against Gateshead on Tuesday and they can stay on top of the table by winning at struggling Woking.

The Cards have shuffled down the table into relegation trouble after a run of seven winless games and just three victories in their last 24 league outings.

With injuries mounting, they look in no shape to repel the Silkmen, who are well worth backing at odds-against prices.

Team news
Woking
Jordan Wynter and Louis Ramsay could start after injuries but Regan Charles-Cook is a doubt. Reece Grego-Cox is back after international duty with Ireland Under-21s.

Macclesfield
Elliott Durrell is a doubt after going off injured against Gateshead. Tyrone Marsh and George Pilkington will be hoping to retain their places in the starting line-up.