Shrewsbury can make a success of Wembley trip

Lincoln one-dimensional bombardment should be repelled 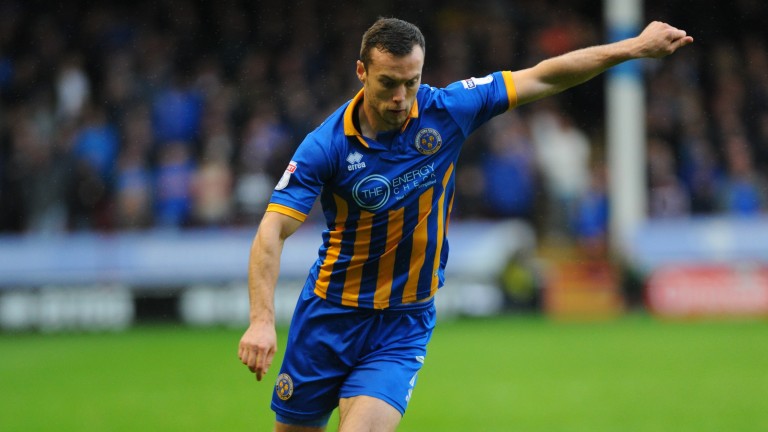 Shrewsbury can complete part one of a memorable double by beating Lincoln City at Wembley in the final of the EFL Trophy.

The Sky Bet League One highflyers are locked in an enthralling three-way fight for two automatic promotion spots with Wigan and Blackburn, and going up is the prime target for Paul Hurst’s Shrews.

But Hurst, like opposite number Danny Cowley, whose Lincoln are also in a promotion scrap in Sky Bet League Two, will send out his strongest side in search of a rare piece of silverware.

And given how well the Shrews have done in their competitive section and how much they have impressed when tested by higher-level opponents in other cups – they were only pipped by West Ham in extra-time in their FA Cup third-round  tie – they look the value bet.

They know they’re going to have to repel a fairly one-dimensional bombardment from the Imps.

But they were good enough to take points off Wigan and Blackburn and are on a run of just one defeat in nine games, so they should be confident of lifting the cup after 90 minutes.

The loss of captain midfield pivot Abu Ogogo with a knee injury is a blow but Lincoln are without classy centre-back Scott Wharton, one of four cup-tied players on the Sincil Bank staff.

The imps are in strong form, taking 13 points from the last possible 15 after a sticky patch to get back into the thick of the playoff hunt. And memories of last season’s FA Cup heroics can only inspire them.

They are also unbeaten in this competition with six wins and a group-stage draw against Chelsea’s youngsters, who they saw off on penalties.

Shrewsbury
Abu Ogogo (knee) is out for the season. Ari Nsiala and Alex Rodman are doubts.

Key stat
Shrewsbury have scored in 15 of their last 16 matches.