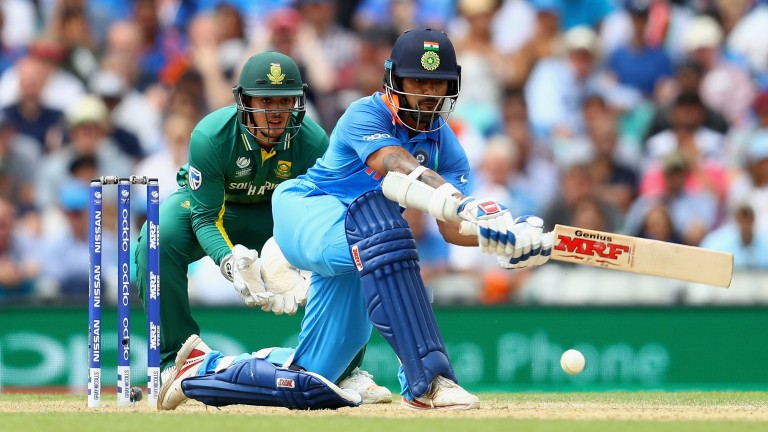 Shikhar Dhawan suffered his first single-figure score for 16 knocks in all formats against Sri Lanka on Monday but the opener is worth supporting to top-score for India when they look to seal their berth in the Nidahas Trophy final with victory over Bangladesh.

Dhawan underpinned a six-wicket success over the Tigers with 55 and began this T20 tri-series at the RPS in Colombo with 90 in defeat to the hosts.

In December, he bounced back from an ODI duck in Dharamsala against Sri Lanka with 68 and 100 not out and Monday's dismissal, when attempting to loft a gripping ball from off-spinner Akila Dananjaya, reflected his confidence after three other fifties and an ODI ton in Johannesburg since the turn of the year.

He should be more circumspect on this occasion as Bangladesh sensationally chased down Sri Lanka's 214-6 on Saturday and are still in the hunt for a final spot themselves.