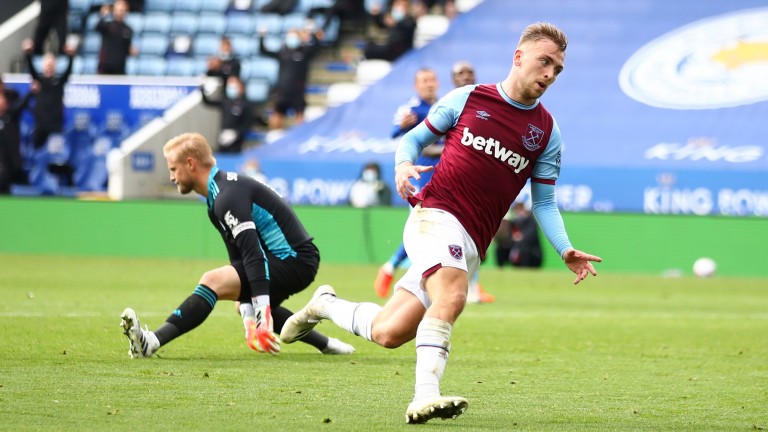 Sheffield United
Lys Mousset could feature for the first time this season while John Fleck also returns. Enda Stevens, Rhian Brewster and John Egan could all get run-outs.

West Ham
Michail Antonio and Angelo Ogbonna are both continuing their recoveries and will hope to feature.

Even the most ardent Chris Wilder supporter would struggle to deny Sheffield United are suffering from second-season syndrome in the Premier League and more misery could await the Blades against West Ham.

Prior to the international break, Sheffield United had lost three on the spin against Liverpool, Manchester City and Chelsea but they have also looked unconvincing against sides closer to their level.

They have lost seven of their opening eight contests this season, taking one point from a possible 24, and they earned that solitary draw courtesy of an 85th-minute penalty against strugglers Fulham.

Goals have been a real issue for Wilder's men - they have netted only four times in the league this term - and even the return of Lys Mousset to the lineup is unlikely to have a drastic effect on their performances.

Their intensity has dropped since last season and only Newcastle (eight) have a worse shots-per-game average than the Blades (8.1).

While Sheffield United have underperformed this season, West Ham have arguably exceeded expectations with three wins, two draws and three defeats from a tricky opening set of fixtures.

The London outfit are finally reaping the rewards of their transfer dealings in recent seasons with Jarrod Bowen, Sebastien Haller and Pablo Fornals in particular having impressed.

Their front-foot mentality this season has seen them claim the scalps of Wolves, Leicester and Fulham, as well as holding Tottenham and Manchester City to draws, and they look overpriced to come out on top at Bramall Lane.

FIRST PUBLISHED 11:50AM, NOV 21 2020
Goals have been a real issue for Wilder's men - they have netted only four times in the league this term