Liverpool can thrive with pressure off at Bramall Lane 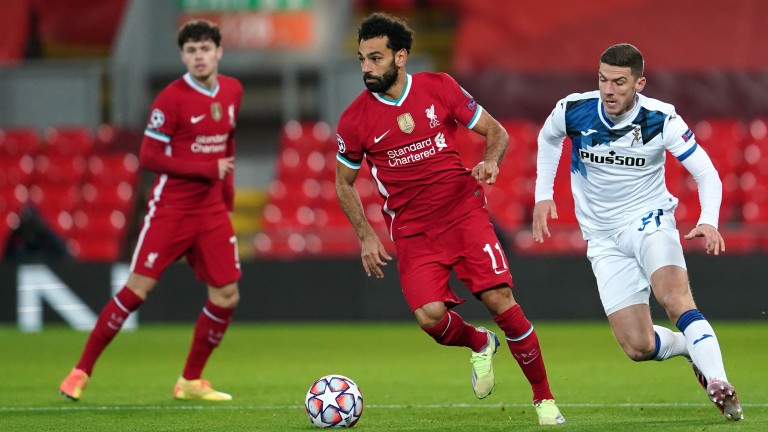 Liverpool
Jordan Henderson has joined Virgil van Dijk, Joe Gomez, Joel Matip, James Milner and Fabinho on the treatment table. Diogo Jota is in the squad, Alisson is a doubt on compassionate grounds.

The cork comes out of the bottle at Bramall Lane on Sunday as Liverpool, unburdened of being involved in either a title race or a Merseyside derby, can take their ire out on Sheffield United.

Four straight defeats, the most recent a stomach-churner at home to Everton, have sent the champions tumbling out of the top four and left them with precious little hope of catching Manchester City at the top.

In some senses the pressure is off them and they can milk that situation by getting back to winning ways against the division's bottom club.

Back Liverpool, and back them do it with a swagger, to get the break they are overdue and go on to win this well.

Let's not forget that Mo Salah has scored two more goals on his own than Sheffield United have in total and the relative barren runs that he, Sadio Mane and Roberto Firmino are on won't last forever. Maybe the sight of Diogo Jota back on the bench will give the three of them a kick up the backside.

And Sheffield United are undoubtedly there for the taking despite modest improvements since failing to win any of their first 17 matches.

They've won three times since then but they folded at West Ham two weeks ago – going down 3-0 – before losing a crunch showdown at Fulham, 1-0.

Those were serious blows which have effectively ended any hope of pulling off some sort of miraculous escape, especially when none of the three defenders Chris Wilder can select today will be the three he would have chosen at the start of term. Wilder can actually rival Jurgen Klopp when it comes to an injury crisis with six defenders unavailable to him.

They are limited yet they do have a history of making Liverpool work hard for their points – the Reds have won all three top-flight tussles but had to come from behind to pip them 2-1 at Anfield in October.

And Liverpool, of course, are a long way from their best with only four wins in their last 14 since Christmas, all of them away from home. Too many players are off-colour, others are just off-duty nursing injuries, but unencumbered by title talk they can make possession and chances count and win this tidily.