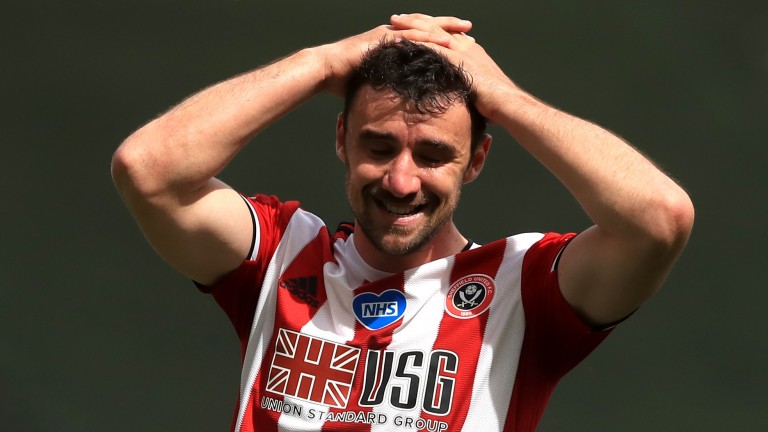 Arsenal
Pablo Mari, Bernd Leno, Gabriel Martinelli, Lucas Torreira and Calum Chambers are all out for the Gunners. The game may also come too early for Cedric Soares. David Luiz is available after suspension.

Arsenal recorded a morale-boosting midweek win at Southampton and they can take advantage of an out-of-sorts Sheffield United side in the quarter-finals of the FA Cup.

The Gunners recovered from defeats to Manchester City and Brighton by reigniting their European qualification hopes at St Mary's as goals from Eddie Nketiah and Joe Willock sealed a 2-0 victory.

While their league fortunes have diminished over the last decade, the FA Cup has provided salvation and they won the tournament three times in four years between 2014 and 2017.

Arsene Wenger lifted the trophy seven times during his reign and emulating the Frenchman at the first time of asking would be a real feather in the cap for his former captain, Mikel Arteta. The Spaniard took charge in December and looks to be laying solid foundations.

Thursday's win at St Mary's ended a run of seven Premier League away games without a victory. However, they are still a point and a place behind the Blades in the standings and lost 1-0 at Bramall Lane in October.

The teams drew 1-1 at the Emirates in January but the hosts' form since the resumption of the campaign suggests they are there for the taking.

Chris Wilder's side were unlucky to only draw 0-0 at Aston Villa but they were lethargic in successive 3-0 defeats to Newcastle and Manchester United.

The South Yorkshire outfit were unbeaten in six games when the season was paused, including a 2-1 extra-time win over Reading which booked their place in the last eight.

This is their best showing in the competition since the 2013-14 season and with their form so poor, Wilder may tweak his policy of fielding fringe players in the cup wins over AFC Fylde, Millwall and the Royals in a bid to build confidence.

There's no hiding from their disappointing return from the hiatus but the boss will be reminding his players that their three games to date have been away from home. Bramall Lane has been kind to the Blades this season and they have lost only two of their last 11 at home.

That said, United's lack of fluidity since the restart has been galling and it's starting to look like a feared dose of second-season syndrome has struck them early.

While Arsenal haven't been great, the youthful exuberance demonstrated by the likes of Nketiah, who has scored in the last two rounds, could prove the perfect tonic as the Gunners aim for another Wembley appearance.