Sheffield United won't let Cardiff have it all their own way

Blades can show their cutting edge 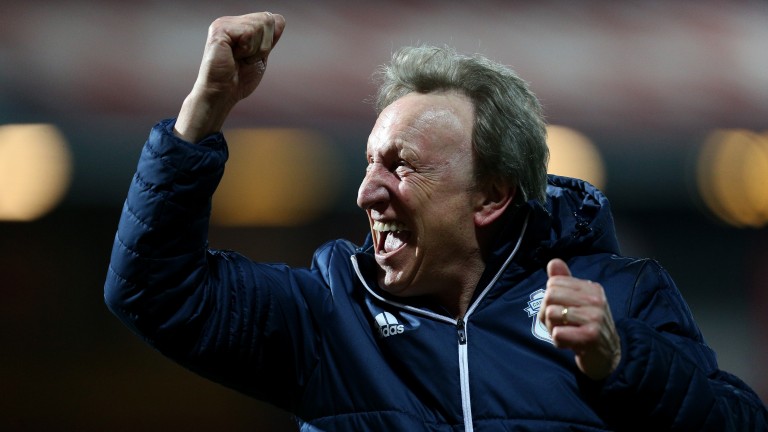 Neil Warnock made many happy memories during his glory days at Bramall Lane but the former Sheffield United manager is looking to put his name up in lights at Cardiff as the Bluebirds continue their push for Premier League promotion.

Second-placed Cardiff hold a seven-point advantage over nearest challengers Fulham with a game in hand and their unbeaten league run stretches back 12 matches since a defeat at QPR on New Year's Day.

Cardiff have won eight in a row but this is a difficult assignment at United, who themselves have ambitions of reaching the top flight via the playoffs with the ninth-placed Blades only one point off fifth spot.

That should set-up a Bramall Lane blockbuster and both teams to score could be the best bet.

Cardiff have kept just five away clean sheets this season and their only shutout on the road against top-half opponents came in a 1-0 win at Middlesbrough.

However, Warnock's side are showing plenty of attacking intent, scoring nine times in their last four matches with powerful forward Kenneth Zohore back among the goals against Brentford and Burton.

Grujic has started 11 matches since arriving from Anfield and Cardiff have won eight, drawn twice and lost just one of them, against Manchester City in the FA Cup.

That suggests Cardiff will have their backers as outsiders, although United are worthy of respect with some expected goal ratings having them ranked as high as third-best in the division behind Wolves and Cardiff.

United were excellent at Griffin Park on Friday, somehow only drawing 1-1 despite dominating against a decent Brentford outfit, but if they continue to create opportunities it is unlikely the Blades will be so wasteful again.

"It was one of the best performances in my time here," said Chris Wilder, who was bewildered at the result as the Sheffield side smashed in seven shots on target with Clayton Donaldson missing two one-on-one opportunities against inspired keeper Dan Bentley.

Key stat
Cardiff have been leading at half-time and gone on to win in six of their last eight matches.