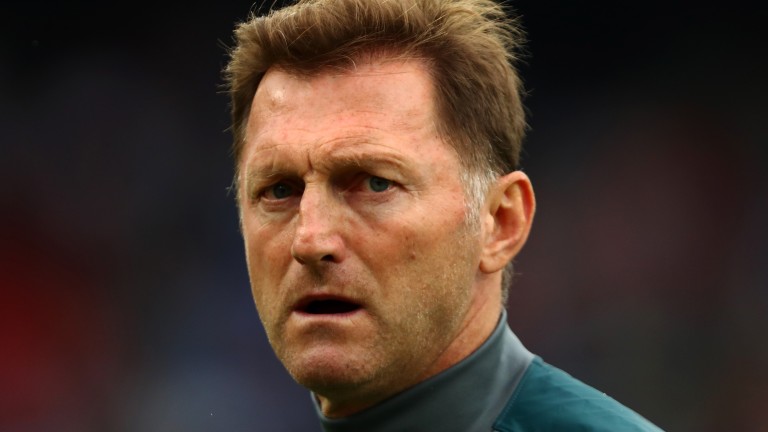 Sheffield United snapped a losing streak with a gutsy against-the-odds triumph over Aston Villa on Wednesday and now it's Southampton's turn to return to winning ways.

Staring at a Europa League place after beating Liverpool in January, staring over their shoulder at the relegation scrap two months later, Ralph Hasenhuttl's men are facing trying times.

But with key players returning from injury, an extra couple of days' rest and a perfect three-out-of-three record against the depleted Blades over the last 18 months, the visitors look worth a punt.

There were some encouraging signs in Monday's 1-0 loss at Everton where Southampton dominated possession for long periods, fired off more shots, won more corners and played with a fair bit of zip.

And that was with obvious flaws in the team selection which are expected to be rectified at Bramall Lane.

Jan Bednarek, for example, is no right-back so Kyle Walker-Peters can't return soon enough. He's trained all week and should start, reuniting down the right with Stuart Armstrong, as good a wide duo as there is in the top division. Both men are targets for those drilled diagonals from Yannick Vestergaard and it's a tactic which Southampton have missed.

Also Armstrong is no central midfielder in a two alongside James Ward-Prowse. Ibra Diallo is, however, and he's available again.

Crucially, Takumi Minamino is also back. He has looked a superb addition to the ranks since his loan switch from Anfield, adding a pace option in Theo Walcott's absence but also a far keener eye for goal than the ex-England man.

Southampton have won just one of their last 14 in the league since thumping United 3-0 before Christmas, and scored only six goals in the last 13. It's easy to say Danny Ings's head has been turned by transfer talk but he's only as good as the service he gets and that's not been up to much.

But Sheffield are there for the taking. Consistently gutsy even in these direst of times, they are doomed to the drop yet still managed to conjure up a narrow 1-0 win over Villa on Wednesday, a poor Villa it has to be said. But they did it with ten men which makes the success even more commendable.

The reason they had ten men was the red card shown to Phil Jagielka, meaning Chris Wilder is without yet another central defender.

United's threadbare squad were taken to the limit physically once more, have had less than three days to get set for this tussle, are now chronically short of numbers and have scored half as many goals as the Saints.

Ralph Hasenhuttl's Saints have won all three Premier League games against Sheffield United with a 7-1 aggregate.