Sharks have the necessary bite against Bristol 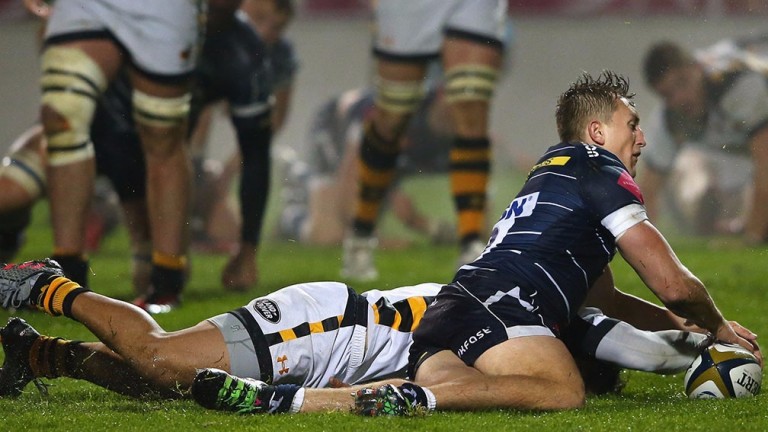 Bristol have lost all ten games across three competitions this season and despite an upturn in performances in recent weeks, they should still be winless after Friday night’s televised Anglo-Welsh Cup clash with Sale at Ashton Gate. Back the Sharks to prevail at 10-11 with Ladbrokes.

The arrival of Kiwi Super Rugby-winning centre Jason Woodward and the return of skipper Jordan Crane will boost Bristol hopes, but it is hard to know why things have gone quite so wrong this term.

Andy Robinson, suspended as director of rugby last week before leaving officially on Monday, brought in experienced and talented players over the summer to try to cope with the demands of a top-flight season. They worried Worcester at Sixways last Friday – under the guidance of Mark Tainton – but still conceded five tries in a 31-25 defeat.

This tournament is more about developing youngsters and reintegrating first-teamers after injury than securing results, but there is no doubt that wily Sale head coach Steve Diamond knows he can have a tilt at the trophy by finishing top of Pool Two.

Sale beat Wasps 17-13 at the AJ Bell Stadium last Friday and when they host Cardiff in January, the Six Nations will be on the horizon to deprive the Blues of their internationals and the Pro12 should still be their priority.

Diamond’s charges should also be emboldened to perform on Friday night by the news that their round-four opponents Harlequins have picked up more injuries before their trip to the Ospreys.

If Quins lose in Swansea, then the Sharks will have major rivals for top spot in Worcester. The Warriors will be fired up to win at Wasps tomorrow while the make-up of Pool Three means Quins may not worry about losing at Sixways in round three as a Stoop success in round four could see them sneak through.

A cracking contest looks likely at the Kingspan Stadium with pace and power in spades throughout the Barbarians and Fiji line-ups.

The Baa-Baas, with Ulster aces Tommy Bowe and Ruan Pienaar in the 23, are asked to give up between eight and 11 points on the handicap after Saturday’s classic 31-31 draw with South Africa.

However, the best value bet is the 13-8 about Richard Buckman scoring a try. The Highlanders flyer missed the Super Rugby season with a shoulder injury but enjoyed his runout against the Boks.