Tight defence may be tough for Evergrande to penetrate 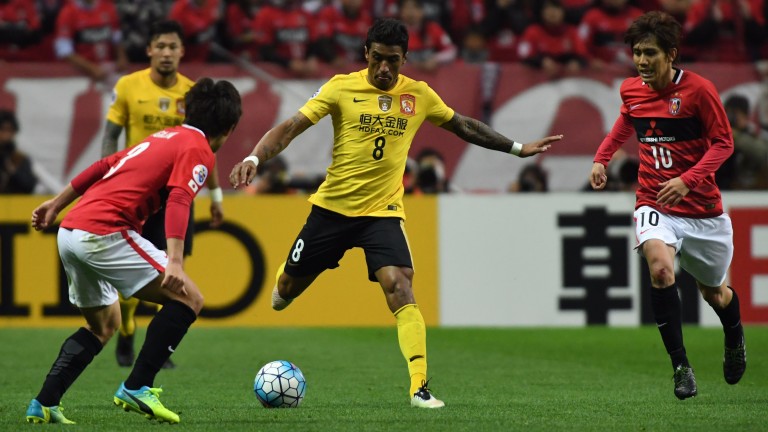 Two straight defeats have stopped Guangzhou in their tracks and the Chinese Super League champions are unlikely to find Shandong pushovers at the Tianhe Stadium.

Luiz Felipe Scolari’s pacesetters have taken 22 points from a possible 24 at home where they regard themselves as pretty much invincible.

But stubborn Shandong boast the best defensive record in the division by a considerable margin and have shipped just five goals in their seven away games.

Goals are commonplace in Chinese Super League but this looks like an occasion where the value is backing under 2.5 at 13-10.

Five of Guangzhou’s last eight in the league have produced two goals or fewer while Shandong have kept clean sheets in four of their last five.

Scolari’s table-toppers are reliant on Brazilian pair Alan and Ricardo Goulart for their goals while a third, Paulinho, is pivotal in midfield. The ex-Spurs man is having such a good season that he has earned a recall to the Selecao, although he is also after a move to Barcelona and the club owners have told him he can’t leave.

Shandong have their own in-form Brazilian in the shape of ex-Atletico Mineiro goalgetter Diego Tardelli, who has bagged 12 in his last 11, and is completely upstaging partner Graziano Pelle.

Felix Magath’s men are unbeaten in five and looking particularly strong. Having climbed to fifth in the table, it would be a surprise if they are blown away by the odds-on hosts.