Shamrock Rovers look likely to get the better of Bohemians

Sligo could outrun their odds 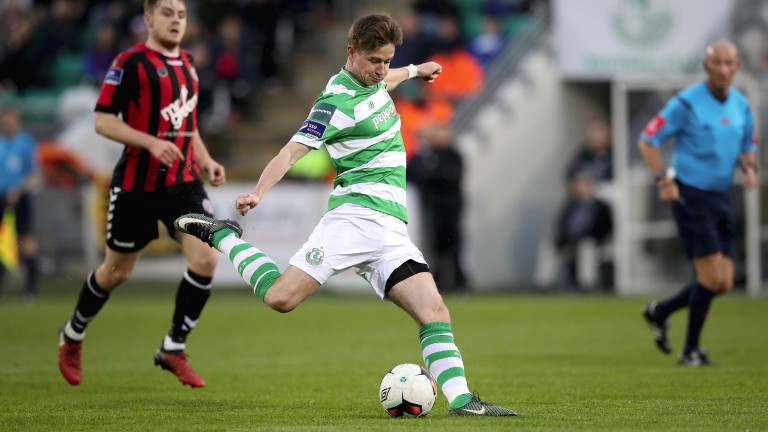 Shamrock Rovers ought to have lots of self-belief going into their big derby game tonight and they can be supported at even-money against Bohemians at a sold-out Dalymount.

The success over Dundalk – when the Lilywhites were poor by their own standards – showed what Rovers can achieve.

However, they will need to defend set-pieces properly tonight, and Stephen Bradley is expected to have worked hard on that in training.

Bohs’ form is patchy at best and they simply do not have the players.

If the Gary Shaw-Graham Burke axis works for the Hoops they will create plenty of chances, and Ronan Finn was excellent against Dundalk.

With their young playing side and management team, Rovers could have a strong second third of the season.

Dundalk look risky at home to Sligo Rovers, who are well worth an interest at 23-10 with a half-goal start. Sligo won 3-0 at Oriel Park last season, when Dundalk had an aura about them that is rapidly becoming withered memory after five losses already this term.

Dundalk could give Sligo a thumping but they look likely to concede as well and Rovers are high on confidence after beating Limerick 3-0.

Both teams to score in Galway’s game against Cork at even-money looks a bet. Cork have won all of their matches, with a staggering plus-28 goal difference, but Galway are much better going forward than the standings suggests and they go into this game after losing just one in 11.

Bray Wanderers are decent on the road and much better than Finn Harps, making the 10-11 appealing, while St Patrick’s should beat Drogheda but the odds look about right.

Derry City look big at 6-4 with the draw no bet against Limerick. Derry are not as effective without Rory Patterson, but they are still a good side.