Sevilla should saunter past Celta Vigo without conceding 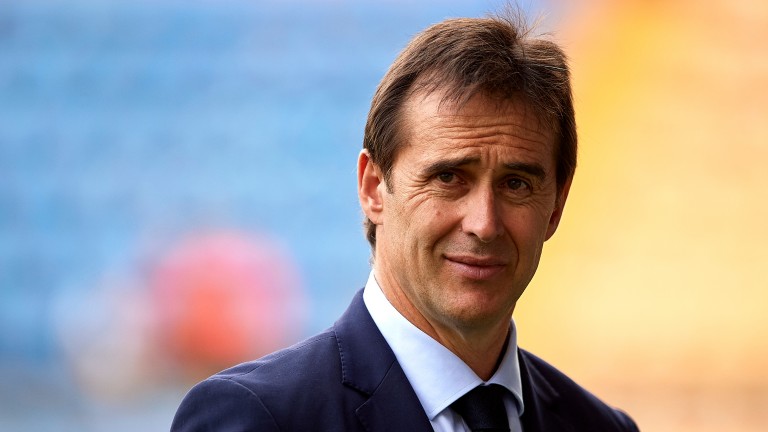 Julen Lopetegui will look to maintain his 100 per cent record as Sevilla manager
Manuel Queimadelos Alonso
1 of 1
By Josh Graham 5:41PM, AUG 29 2019

Sevilla can stay top of the Spanish top flight by beating Celta Vigo in their first home game of the season.

Their new manager Julen Lopetegui is looking to revive his reputation after being sacked by Spain and Real Madrid and he has made the best possible start.

Sevilla, who finished sixth in La Liga last season, have started the new campaign impressively, picking up away wins at Espanyol and Granada without conceding a goal.

Lopetegui's team will be confident of making it three wins in a row as they have won their last three home La Liga games against Celta Vigo.

The visitors are without a victory in their last 12 La Liga away matches and are up against a Sevilla side who have won seven of their last nine league games at home.

Celta Vigo's manager Fran Escriba will hope his side can build on their 1-0 win at home to Valencia to pull off an upset.

New signing Denis Suarez and club stalwart Iago Aspas will need to fire if the Galicians are to pull off their first away win in the league since 2018.

Sevilla are worth backing to record their third consecutive clean sheet as they haven't conceded in six of their last eight La Liga home victories.

Bet on European games at Soccerbase.com