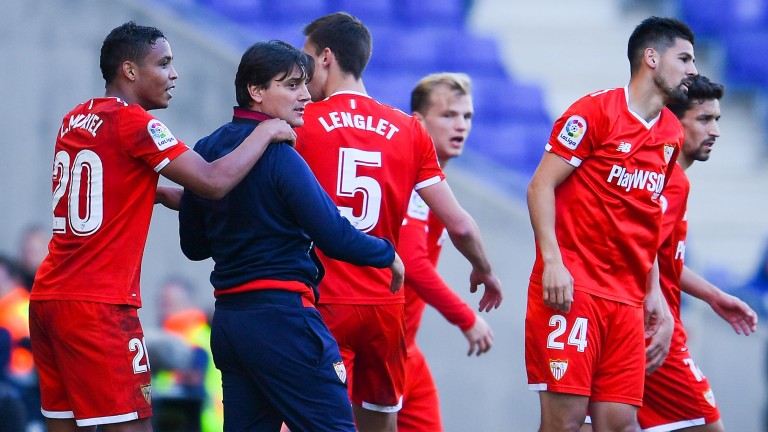 La Liga
From 11am Sunday

Villarreal v Getafe
Sky Sports Football, 11am
Villarreal's season is in danger of petering out after a 4-1 aggregate defeat to Lyon in the Europa League and a tally of just one point from their last three league fixtures against Real Betis, Alaves and Espanyol.

The hosts make little appeal at odds-on to beat a Getafe side who are unbeaten in six La Liga games and drew at Sevilla and Barcelona on their last two away trips.

Key stat
Villarreal have lost four of their last five matches in all competitions.

Valencia v Real Sociedad
Sky Sports Red Button, 5.30pm
Successive La Liga wins have got Valencia back on track in their hunt for a top-four finish and the free-scoring Bats should fancy their chances of seeing off a sloppy Sociedad.

Valencia had looked like title contenders earlier in the campaign – they were unbeaten in their opening 13 games – but their form has tailed off since and qualifying for the Champions League now looks their chief aim.

Performances are still not completely convincing from Valencia but they have been getting the job done and this looks the perfect time to be facing a poor-travelling Sociedad.

Eusebio Sacristan’s men were beaten by Salzburg on a trip to Austria in the Europa League on Thursday and it’s a tough ask for his players to be fully wound up for a clash with a high-flying Valencia just three days later.

La Real’s defeat in Salzburg was their fourth consecutive loss on their travels. The visitors have won just three away league games all season and haven’t enjoyed any road success since October.

Sacristan’s men have shipped ten goals in their last three away matches and defensively have plenty to prove.

Valencia’s problems, however, lie defensively too and Sociedad have the attacking qualities to give them some cause for concern.

The Bats don’t deal in clean sheets – they have conceded in their last 12 league games – while Real tend to make their mark, having netted in each of their last eight encounters.

Sevilla v Atletico Madrid
Sky Sports Football, 7.45pm Sunday
Atletico Madrid need to keep on winning to put the pressure on leaders Barcelona but they face a tough fixture against Sevilla, who rarely lose at home.

Sevilla dominated their 0-0 draw at home to Manchester United on Wednesday and can hold their own against Atleti, who have the second-best away record in La Liga.

Key stat
Sevilla have lost one of their last 36 home matches.