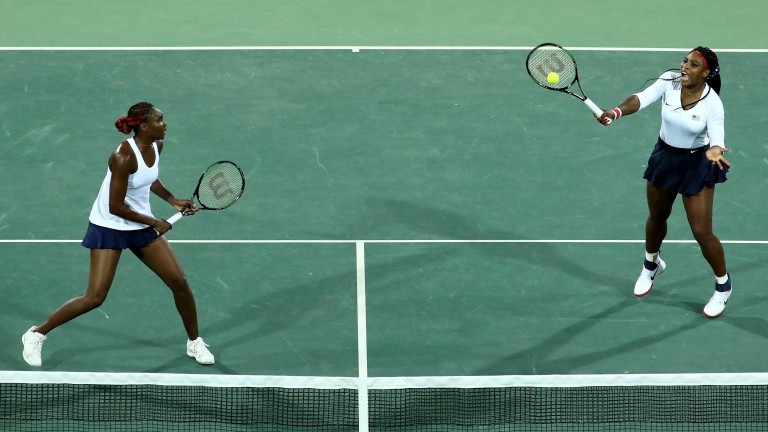 There have been plenty of shocks at the Australian Open over the last fortnight in Melbourne but no one told six-time champion Serena Williams.

The 16-5 pre-tournament favourite has stood firm amidst the chaos and she looks highly likely to claim another Grand Slam title when she takes on older sister Venus - a 100-1 ante-post chance - in the final that WTA fans have been clamouring for.

Serena, 15 months younger than Venus and intent on regaining the number one ranking from 2016 Melbourne queen Angelique Kerber, is no bigger than 1-5 to claim a 23rd Grand Slam crown.

Venus, rated a 4-1 chance with the layers, plays in her first Grand Slam singles final since Wimbledon in 2008 but the 36-year-old, who has overcome the odds off the court over her lengthy career, will not go down without a fight.

It is their 28th meeting in WTA competition and their 14th Grand Slam encounter. Serena leads 16-11 in head-to-heads and has won nine of their Slam meetings, including their most recent clash at the 2015 US Open.

Five of Venus's 11 victories over her younger sibling came in their first six meetings, with Serena proving the more superior player since.

That dominance was in evidence in their semi-finals. Serena breezed past fellow veteran Mirjana Lucic-Baroni 6-2 6-1 but Venus dropped the first set against Californian powerhouse Coco Vandeweghe before rallying to win.

That could have an impact on the final. Serena's match clocked in at just 52 minutes while her sister was on court in the Melbourne sun for two-and-a-half hours.

Serena has beaten Belinda Bencic, Lucie Safarova, Nicole Gibbs and Barbora Strycova but it was the quarter-final demolition of Britain's Jo Konta that firmly silenced anyone who doubted whether the 22-time Grand Slam champ was back to her best.

The ruthlessness she displayed against Lucic-Baroni demonstrated that Serena's desire remains undiminished.

While Venus has been superb in rolling back the years over the fortnight, she has never won the Australian Open and should find her sister too big an obstacle to overcome.

She showed plenty of heart to beat Vandeweghe, saving 12 of 13 break points. But Serena, who is unmatched for big-stage experience, is more likely to take advantage of any chinks in her sister's armour.

The stage looks set for the 35-year-old to claim a 23rd Grand Slam, leapfrogging Steffi Graf and moving to within one of Margaret Court's major record.

Serena has dropped just eight games in her last two matches and she should be backed to cover a 4.5-game handicap.