Serena marches on as major rivals continue to fall

Venus, Keys and Safarova all bite the dust in round three 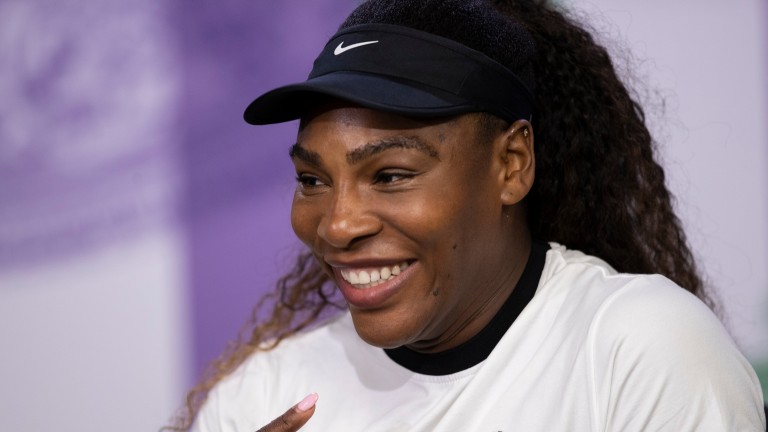 Serena Williams is all smiles after reaching the second week
Pool
1 of 1
By Adrian Humphries 7:30PM, JUL 6 2018

As the rest of the big names fall by the wayside, so Serena Williams keeps on winning.

That was the tale of day five at Wimbledon as the seven-time champion Serena dug deep to edge past Kristina Mladenovic 7-5 7-6 on a day that also saw ninth seed and elder sister Venus Williams, tenth seed Madison Keys and Lucie Safarova exit the singles.

Serena herself had to rely on Mladenovic failing to serve out the first set to establish an all-important lead. But while the Frenchwoman kept on plugging away gamely, doing much of her best work on Serena's serve, defeating the American legend is seldom easy as the world number 60 discovered.

It seemed like Venus would join her sister in the last 16, but Dutchwoman Kiki Bertens deserves credit for sticking to her game-plan and pipping the veteran 6-2 6-7 8-6. Bertens' reward is a fourth-round match against Julia Goerges, who edged out Barbora Strycova 7-6 3-6 10-8 in a thriller.

Kevin Anderson and Gael Monfils ensured their participation in week two in London with fine triumphs, while fourth seed Alexander Zverev finished like a train to ditch his round-two opponent Taylor Fritz 6-4 5-7 6-7 6-1 6-2. The German could prove a threat to anyone now he looks to be back somewhere near his best.

Stefanos Tsitsipas goes from strength to strength and the Greek novice, seeded 31st after a fine clay campaign, continues to show he is handy on fast courts as well.

Thomas Fabbiano, who had looked in good nick when downing Stan Wawrinka in round two, had no answer to the tall Athenian's big serving and went down tamely 6-2 6-1 6-4.