Underachievers can be stung by Steve Clarke's fast-improving Scots 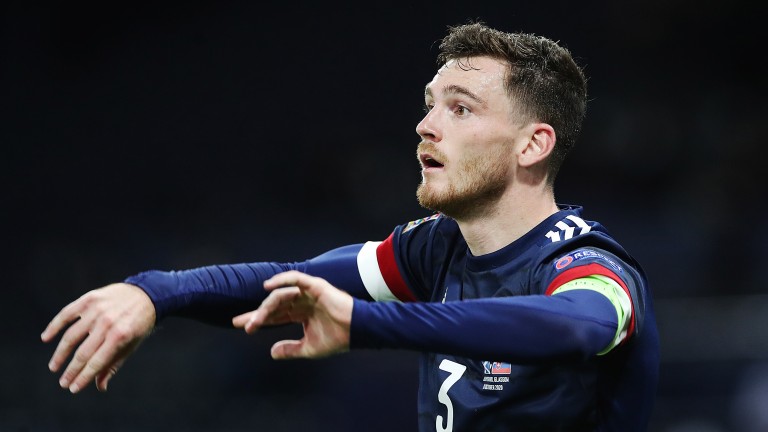 Free football tips, best bets and analysis for the Euro 2020 playoff between Serbia and Scotland

Scotland
Ryan Fraser has limped out of the squad.

Serial underachievers Serbia are odds-on to reach their first European Championship since 2000 but Scotland look the bet to heap more misery on the Balkan republic.

The Serbs, despite being blessed with any number of top-class stars, have spent two decades flopping in Euro qualification campaigns which hardly makes them banker material against a fast-improving Scotland.

Ljubisa Tumbakovic's men are going to have to hold it together under pressure without the backing of any of their raucous fans at the Marakana in Belgrade, and that's not something they can necessarily be trusted to do.

They were hugely relieved when the Italian authorities allowed most of their Serie A cohort – including skipper Aleksandr Kolarov and Lazio ace Sergej Milinkovic-Savic – to fly home and they are, at full strength, a team crammed with household names.

But they are also on a run of no victories inside 90 minutes in their last six internationals – they qualified for this showdown thanks to an extra-time win in Norway – and Scotland are no longer international mugs.

Their wait for a major finals dates back to the World Cup in 1998 but this squad, revived under Steve Clarke, are full of self-belief.

A 3-4-3 system developed by the Scotland coach means he can, if he so wishes, squeeze both Kieran Tierney and Andrew Robertson into his line-up, a prospect that's unlikely to delight Fiorentina right-sided defender Nikola Milenkovic.

Players like Scott McTominay, John McGinn and Callum McGregor have come on in leaps and bounds on the international stage over the past year or so, to such an extent that defensively Scotland are now really tough to break down.

They earned the right to their shot at Serbia after shutting out Israel for two hours last month, the first of three games in a week for the Scots which each yielded a clean sheet.

Scotland are unbeaten in eight and while they don't look to be full of goals – the six strikers named in Clarke's squad have between them bagged just eight international goals – just one may well be enough in what looks, certainly on the evidence of all last month's semi-finals, set to be a close call.

Scotland have conceded four goals in their last eight internationals.

FIRST PUBLISHED 1:12PM, NOV 11 2020
Their wait for a major finals dates back to the World Cup in 1998 but this squad, revived under Steve Clarke, are full of self-belief.