Second quarter could be cagey 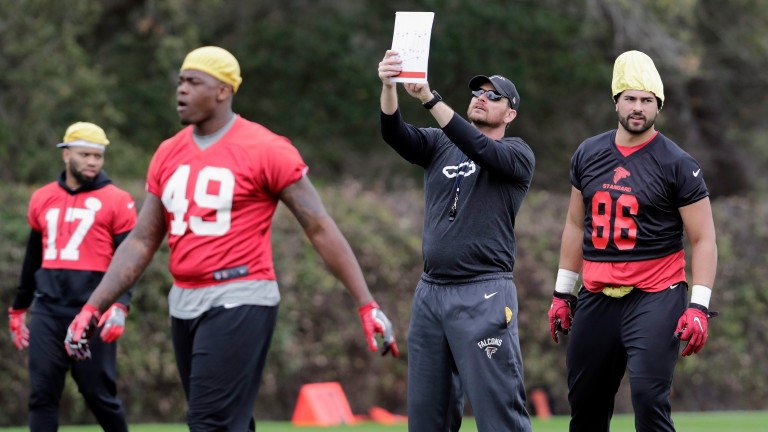 The total-points line of 58.5 is the biggest issued for any Super Bowl - there were no such prices in Las Vegas for the first. And with Atlanta's 44-21 win over Green Bay last week producing 63 despite the Packers failing to score in the first half, overs backers will be thinking that anything is possible.

However, value is often gained by looking for a way to swim against the tide in points markets and one where it could pay to go low is the number of second-quarter points.

The line of 16.5 is interesting. A total of 17 - two touchdowns and a field goal - is one of American football's round numbers, but it has been eclipsed just twice in the last 12 showpieces.

It has been equalled on two other occasions since 2005, but this year's statistics suggests unders backers could get a run for their money.

Atlanta lead the league in second-quarter scoring with an average of 10.6 points, but they are facing a team who conceded just 15.9 points per game during the regular season.

The Patriots are not prolific themselves, having scored an average of 6.8 points in the second period, so even money is not a bad price, particularly as it will be imperative that New England keep the rampant Atlanta offence in check.

It could also pay to not expect many penalties.

Keeping discipline is imperative in what is anticipated to be a high-scoring game and it is surely something that will have been driven into the players as they prepare for this massive encounter.

New England were the fourth best-behaved team in the league with an average of 5.6 penalties while Atlanta were eighth with 6.1, so extra vigilance could see the bet collect.

It would not be a surprise to see a two-point conversion attempt. Atlanta tried their luck on six occasions and it could be safer to anticipate an attempt being made rather than taking the bigger price that it is successful as the Falcons achieved their goal just twice.

There are the usual plethora of novelty markets available and anyone wishing to punt on the colour of Lady Gaga's hair or whether the MVP cries on the podium should be able to find something to fill their needs.

The national anthem will be sung by Country and Western star Luke Bryan and the line on the length of time it will take him to complete it is two minutes and nine seconds.

The singer suggested on Thursday that he may belt out a long version unless he is overcome by the occasion. It will be the eighth time in the last 11 occasions that unders backers were successful if he loses his nerve.