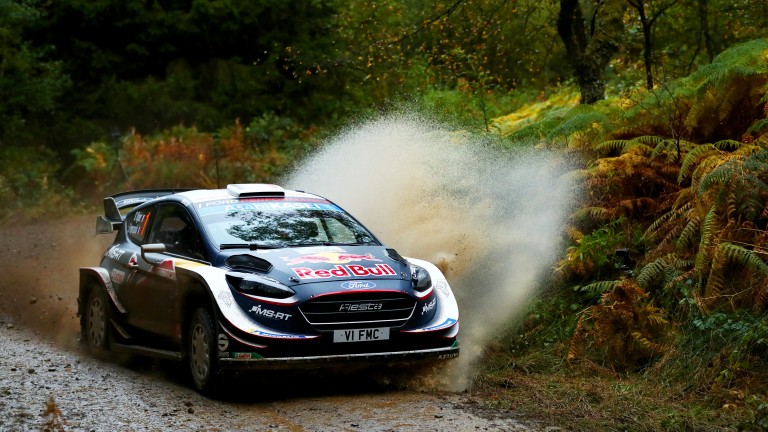 Sebastien Ogier in action during the shakedown
Dan Istitene
1 of 1
By Adam Scriven UPDATED 12:02PM, OCT 4 2018

No one seemed to want to win in Turkey last time as a succession of prominent names bit the dust including championship leader Thierry Neuville and defending champ Sebastien Ogier.

That left Ott Tanak to collect his third straight victory, heading home a Toyota one-two, and moved the Estonian into second in the standings, 13 points behind Neuville.

Tanak has been made favourite for this week's Wales Rally GB, but despite his recent form it could be worth taking him on.

Slow and steady won the race in Turkey, but in the forests of Wales a more attacking approach may pay off.

Elfyn Evans scored a surprise home win last year, but Ogier took the honours in the four previous years and he could be the best bet.

It has been Ogier's most difficult season in WRC and he will return to Citroen next season, but the Ford driver has won three events and is still in with a chance of retaining his title.