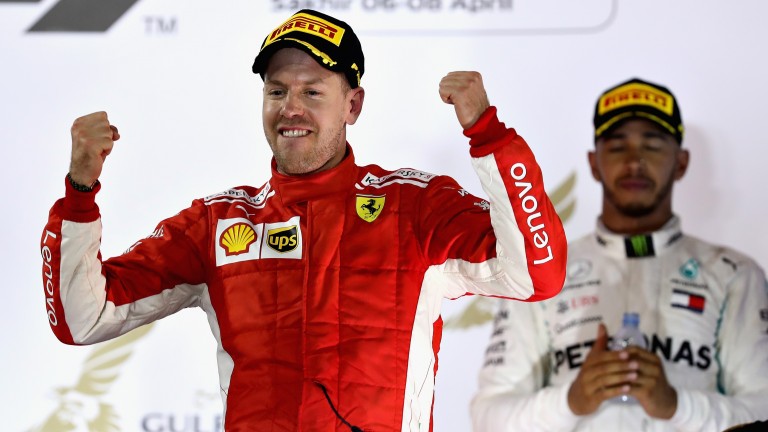 Sebastian Vettel was cut to 2-1 from 4-1 to win his fifth world championship this year after the Ferrari ace made it a perfect two from two to start the season in the Bahrain Grand Prix.

While Vettel had some good luck in winning in Australia, he had to overtake Lewis Hamilton and fight off a fast-finishing Valtteri Bottas to grab the win under the floodlights in the desert.

Hamilton started ninth after a grid demotion dropped him from his qualifying spot of fourth. The world champion led briefly during the pitstop phase and finished third, closing rapidly on the leaders.

The Briton remains odds-on favourite to beat Vettel to a fifth career title.

Red Bull drivers Daniel Ricciardo and Max Verstappen were expected to have a say up front but neither car lasted beyond the second lap, Ricciardo breaking down and Verstappen sustaining damage after a collision with Hamilton.

Hamilton is 6-5 favourite to end Vettel's winning run in next week's Chinese Grand Prix with the German a 2-1 chance for a third straight victory.