Seasoned performers can get in among the medals 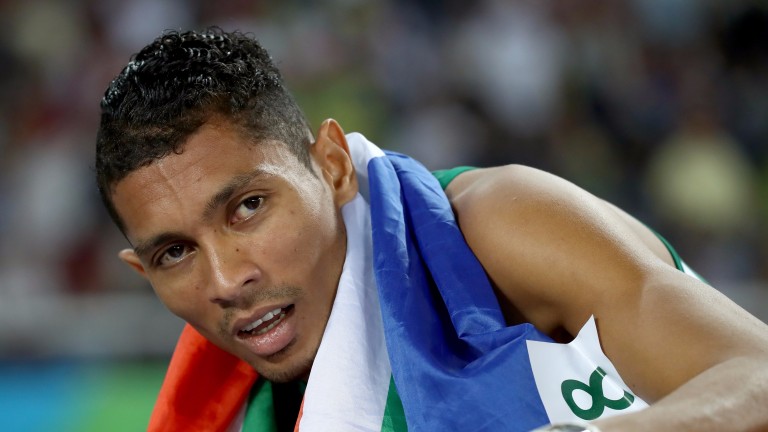 Three events begin on day four of the world championships with the first round of the women's 400m hurdles, the men's 200m and men's triple jump.

The women's 400m hurdles is the only one without an odds-on favourite - yet that in itself is quite surprising as at the head of the betting at 23-20 is Rio gold medalist Dalilah Muhammad.

She also has the world-leading time in 2017, which she set in the hottest race of the year - the US championships.

The first three all broke 53 seconds and Muhammad's time from Rio would have only been good enough for fifth, such was the depth. But Muhammad has been flat since and that opens up this competition.

Kori Carter has been in the best form of the three Americans but if anyone can break their dominance it is two-time world champion Zuzana Hejnova.

She clocked 39.44 before finishing fourth at Rio but 38.94s on her way to world championship gold in 2015, so she is in gold medal-winning form and at 10-1 she is tempting in the outright market.

However given the strength of the Americans Sky Bet's 6-4 for a top- three finish represents better value than Muhammad for the win.

The triple jump is Christian Taylor's to lose - he can surpass Jonathan Edwards as triple jump's most decorated world champion with a third victory - so for the day's other bet we have to turn to the men's 200m.

The 400m world-record holder Wayde van Niekirk is the 8-15 favourite for the 200m but there is a case to be made for opposing him. By the time of the final on Thursday he will have run consecutive 400m races on Saturday and Sunday, a 200m on Monday, a 400m final on Tuesday and a 200m semi-final on Wednesday.

Given how gruelling the 400m is and the fact it is the event Van Niekirk specialises in, it is hard to imagine he will be able to run to 100 per cent come the final.

His main market rival is Isaac Makwala, who holds the world lead this year, but he too is attempting the 200-400 double, while the 100m fifth Akani Simbine is the best-placed athlete from that event stepping up in distance.

Instead back 200m specialist Alonso Edward for a podium finish. The Panamanian has hardly been sighted this season but he has a PB of 19.81, won last year's Diamond Trophy and is a seasoned championship performer who has dedicated his entire season to the three rounds of this event.