Seasoned duo ought to pull their weight in Crucible semis 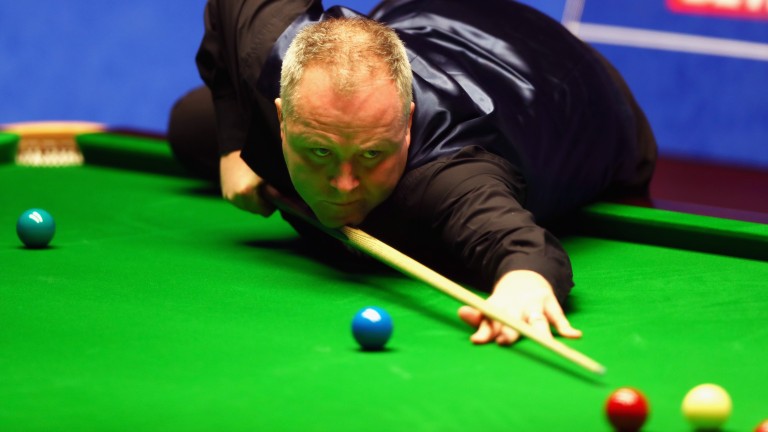 Possible tiredness could be the biggest stumbling-block for John Higgins
Naomi Baker
1 of 1
By Adrian Humphries 12:04PM, MAY 3 2018

It's best of 33 frames in the Betfred World Championship semi-finals and four-time champion John Higgins cues off the one-table phase with a fourth career clash against Kyren Wilson.

Northamptonshire potter Wilson has impressed everyone with his high-quality all-round game, but while he looks a surefire future Crucible champion he may not have the strength to hold off John Higgins, who has claims to being the best player in the history of the game,

Wilson deservedly avenged his Masters final loss to Mark Allen when ousting the Pistol 13-6 in their quarter-final clash. The Warrior was also brilliant in defeating Welsh duo Matthew Stevens and Jamie Jones in earlier rounds, but a date with Higgins is the biggest test he has faced in his career.

And while it may not be long before he is a dominant force, Wilson may not yet have the strength of purpose required to deal with the juggernaut that is Higgins on the baize.

It should also be mentioned that this is not just any old Higgins. In the 20 years since he won his first world title in Sheffield, there have been plenty of barren years.

But after finding Mark Selby, Alan McManus (twice), Ding Junhui, Mark Davis and Stephen Hendry too good at the Crucible in the years since he won his last world crown in 2011, Higgins knew he needed to step things up and it looks like he has done that.

It's obviously a bonus that Selby, in particular, Ding and Ronnie O'Sullivan have already exited the tournament but there's still plenty of work to be done against opponents who fully merit their place in the last four.

Possible tiredness in the wake of his 13-12 quarter-final victory over Judd Trump, one of many Crucible classics this year, would seem to be the biggest potential stumbling block for Higgins. But he was keen to make a point about the need to be fitter for this year's blue riband event and it will be disappointing if he comes up short.

Higgins will probably also be aware of the need to conserve energy should he make the final. Of course, winning by a decent margin may not come easily against such a fine opponent as Wilson, but Higgins is still capable of beating anyone in the world on his day.

Backing Higgins to successfully concede a start of 1.5 frames would have been preferred, but 4-7 looks too short. Instead, take a chance that Higgins reaches 17 frames before Wilson wins 15.

There's no doubt about it – Mark Williams enjoys playing against Barry Hawkins.

The Hawk has been the master against Ding Junhui at the Crucible, winning all three of their clashes there, but against Williams it's a different story with the Welshman having won 14 of their 17 meetings.

And however well Hawkins is playing – and he was brilliant in dismissing Ding 13-5 in the last eight – that stat is difficult to ignore.

Hawkins is not without a chance of keeping it close and the fact that they have never clashed at the Crucible before makes it tougher to punt with confidence.

Williams triumphed 6-2 in their only best-of-11-frames International Championship meeting in 2014 and he has won all five of their non-Championship League matches.

Hawkins, 39, is four years younger than Williams, but the Cwm-based cueman has been performing so well and so confidently this season that he could well assume superiority.

Williams was exceedingly tense when edging out Ken Doherty in the 2003 final to lift his second world title but he looks a lot more relaxed at the table these days.

Assuming he keeps his composure, and given that there are plenty of things in his favour, he looks the bet at a shade of odds-on to possibly set up a final clash with his Class of 1992 contemporary Higgins.