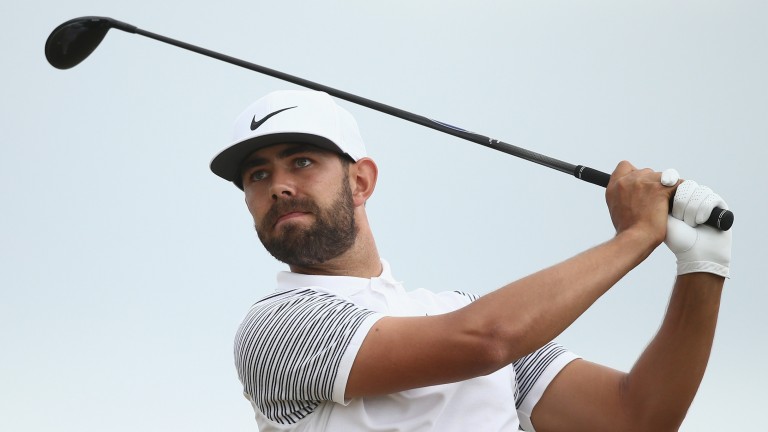 Story so far
Two European Tour maidens who have both squandered several chances of success fill the first places on the Hassan II Trophy leaderboard with a round to go at the Royal Golf Der Es Salam in Morocco.

Erik van Rooyen and Jorge Campillo, 28-1 and 22-1 respectively ante-post, are first and second with 18 holes to play. Van Rooyen, twice a runner-up on the European Tour, blew a golden chance of victory in the Qatar Masters in the middle of last month.

The South African edges the Spaniard for favouritism with 18 holes to play, with Van Rooyen a general 5-2 and Campillo a 57-17 chance. Another maiden, Sean Crocker, lies alone in third spot and is 8-1 for the trophy.

Ante-post favourite 16-1, Joost Luiten, is eight shots behind and available at 350-1 for a come-from-behind success.

Final-round advice
Erik van Rooyen and Jorge Campillo have both found the tension of a European Tour final round too much to bear in the past, but they are three and two shots ahead respectively over the nearest Tour champion, so the Hassan II Trophy has become a fantastic opportunity for a breakthrough.

Van Rooyen is a shot ahead of Campillo and has been more impressive in contention, so the 5-2 about the South African appeals more than the stand-out 57-17 about the Spaniard. Van Rooyen would have won the Qatar Masters last month had he not suffered an ice-cold putter in the final round.

Putting poorly under pressure is something Van Rooyen is going to have to overcome, though, and if the leader wobbles again, Sean Crocker is a fair price to topple both Campillo and Van Rooyen.

Racing Post Sport followers still have hope from ante-post selection Jordan Smith, but if Van Rooyen and Campillo falter, it may be 8-1 chance Sean Crocker who takes advantage. Crocker, still only 22, is a Zimbabwe-born American who is full of talent and confidence.

Smith and Julian Suri are the pair who seem most likely to upset the front three, but Van Rooyen, Crocker and Campillo, in that order, are the trio with the best title credentials. Crocker, an amateur star who lost to Bryson DeChambeau in the semis of the 2015 US Amateur, appears the best value of them all at 8-1.

Final-round threeball punters are also pointed towards Crocker, a cocksure youngster who has suffered fewer Sunday battle scars than his playing partners. The final trio are scheduled out at 11.45am UK and Ireland time.