Seagulls could be frustrated 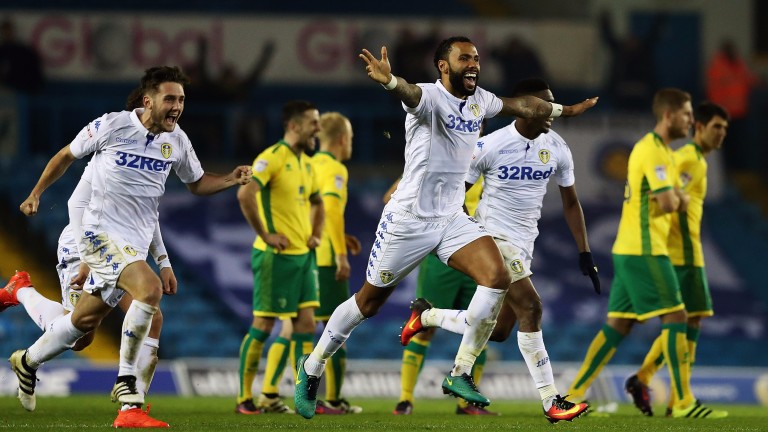 Sky Bet Championship favourites Newcastle suffered a setback last Friday night and Brighton, the Magpies’ closest pursuers, kick off this round of fixtures with a tricky home game against Leeds.

A victory would take the 20-23 Seagulls top of the table but they must be wary of Garry Monk’s Leeds, who are up to fourth after five wins in six league matches.

They have beaten Wolves, Norwich and Rotherham in their last three away games and ended Steve Bruce’s unbeaten start as Aston Villa manager with a 2-0 win at Elland Road last weekend.

While Monk’s former club Swansea are leaking goals in the Premier League, his current charges are a solid side who are proving hard to beat.

After a sluggish start, Leeds have won nine of their last 13 in the league, with their only defeats coming at Bristol City (1-0), Derby
(1-0) and at home to Newcastle.

And Leeds also competed well in the EFL Cup defeat at Liverpool last week, holding firm for 75 minutes at Anfield and prompting Monk to say: “I’m not going to criticise my team – they were excellent.”

Brighton are just 4-9 to win promotion this season and there are few holes in their home record of seven wins, two draws and just one defeat.

However, seventh-placed Norwich are the highest-ranked side to visit the Amex this term and Chris Hughton’s side were fortunate to take a point from last month’s home game against Villa, who had twice as many efforts on goal and 12 corners to their hosts’ two.

Brighton failed to create many decent chances in Saturday’s goalless draw at Cardiff, who lie 22nd in the table, and for such a high-flying team they struggle to take the initiative at times.

They have scored only 11 goals in the first half of their 19 league matches and the Leeds defence is robust enough to soak up pressure and frustrate the home supporters on the Sussex coast.

The visitors have some attacking threats too – striker Chris Wood has 13 goals in all competitions and Kemar Roofe caused problems for Liverpool’s defence at Anfield before ending his long goal drought with the opener against Villa.

Monk is eager to bulk up his squad in January but he has already moulded Leeds into a tough, confident side who are capable of mixing it with the best teams in the division – as they can prove at Brighton.

Brighton
Kazenga LuaLua is available despite being sent off while playing for the development squad but defender Gaetan Bong serves a one-match ban. Beram Kayal and Liam Rosenior are still recovering from ankle injuries and Uwe Hunemeier (hand) is out.
Leeds
Eunan O’Kane and Liam Cooper could return to the squad but midfielders Pablo Hernandez and Liam Bridcutt are injured.