Scotty Dog to prove too hot for De Vos 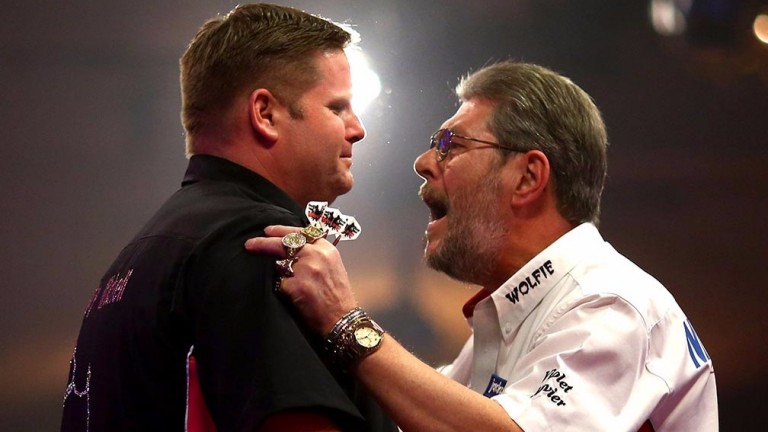 Scott Mitchell has happy memories of playing Geert de Vos on the Lakeside stage and should be smiling once more after they renew battle in round two.

Two years ago the two met, also in the second round, and Scotty Dog won 4-2 before going on to be crowned BDO World Champion.

Mitchell is slight favourite to beat the Belgian this time but everything points to a comfortable win for the Dorset farmer.

Mitchell has won most of his recent showdowns with De Vos, the most recent being a 3-1 success in the last 16 of the World Masters.

De Vos claimed some decent scalps in the Finder Masters and he also recorded an impressive 3-0 demolition of Raymond Smith on Monday in a match where each set went the distance.

Mitchell, in contrast, had a far easier time against Mark McGrath, hence the sub-90 average. But he’ll turn it on when he has to and De Vos should bring out the best in him.

Jeff Smith, a semi-finalist two years ago and beaten finalist last year, is another player who has already improved for a run, and can take care of Martin Adams.

Smith was terrible in his preliminary round win against Seigo Asada but looked a different player coming from behind to beat Brian Dawson, reeling off six of the last seven legs.

Sixty-year-old Adams showed all his nerve and experience fending off the brave challenge of Ryan Joyce in round one, but can the three-time champion go through another gruelling ordeal over (potentially) an even longer distance? The safest bet looks to be that he can’t.