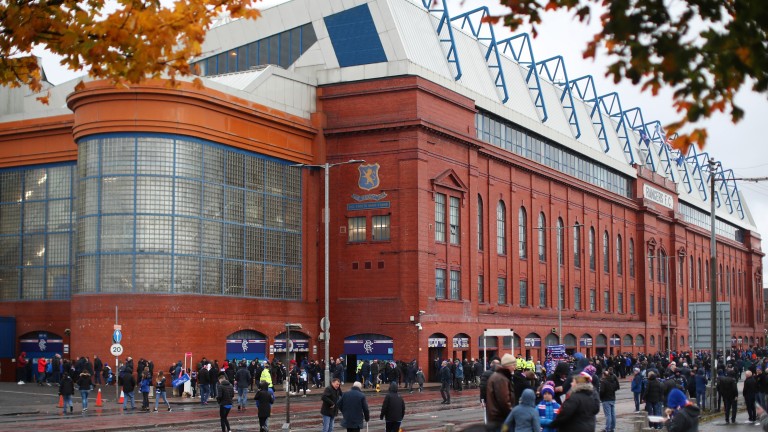 Former Rangers caretaker boss Graeme Murty is an excellent coach at youth level and his kids have punched well above their weight in this competition , which features teams from Scotland, Northern Ireland, Ireland, Wales and the English National League.

They have eliminated Berwick Rangers, Stranraer, Ballymena and Solihull Moors and have been rewarded by this game being moved to Ibrox, rather than played at a lower-league venue.

The youngsters are also boosted by Albania international Eros Grezda, who has been playing in this competition. Rangers have plenty of prospects who are destined for a big future in the game including Kai Kennedy, Dapo Mebude and Lewis Mayo.

They don't play in a reserve league because they withdrew from the Scottish set-up, but have been playing and impressing in friendlies against English and European clubs. In the Uefa Youth League, they have defeated Young Boys and Slovan Bratislava.

Wrexham will be buoyed by an 800-strong support, but they are struggling in the National League and have a huge FA Cup first-round replay at Rochdale on Tuesday which will take priority.

They have been fielding weakened teams in this competition and Rangers look worth backing to get to the semi-finals.

Airdrie are in terrific form and have moved up to challenge in Ladbrokes League One almost under the radar and they can win at Stranraer.

Despite an indifferent start to the season, they have really picked it up recently, scoring nine goals in three straight wins. The most impressive was an away success at faltering Falkirk last week but they have also beaten Dumbarton and Forfar.

Their double act of Dale Carrick and Callum Gallagher have clicked and they will approach this game at Stair Park full of confidence.

Stranraer upset the form book recently with a fine win against Clyde, but the Diamonds should have too much for them.

Queen's Park voted to end 152 years of history this week when they opted to end their amateur status and turn professional. They can enter their brave new era by winning at Cowdenbeath.

The sides' fortunes have been reversed recently. The Blue Brazil were humbled by Broxburn Athletic in the William Hill Scottish Cup and haven't won in five games after a good start to the league.

But the Hampden side have hammered Stenhousemuir and Brechin City in their last two games and can win in Fife.