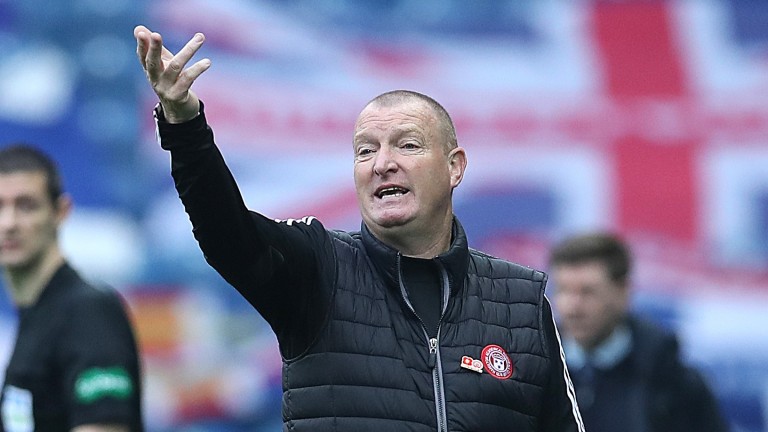 Queen of the South were hammered 6-1 by Hearts last weekend and it could take them time to recover from that bruising defeat.

The Doonhamers have won just a single Scottish Championship match this term and that crushing defeat at Tynecastle is unlikely to have boosted their already fragile confidence. Not only that, but Allan Johnston’s side managed just 34 per cent possession in that contest, and although they have had a week to recover, chasing the ball for so long against Hearts may still have left its mark.

Morton got back to winning ways at Dunfermline last weekend after a run that saw them score just one goal in their previous five matches. However, only Hearts have stopped the Ton scoring at Cappielow Park this season and they look a decent bet at 23-20.

Hamilton have conceded 25 goals in the nine away Scottish Premiership matches this season, and although they are facing the division’s bottom side, getting long on goals looks the way to play.

The Accies' 8-0 defeat at Ibrox plays a big part in that awful defensive record but Hamilton have also conceded five at Celtic, four at Aberdeen, three at Hibs and even lost 3-1 to Annan in the League Cup.

Ross are struggling, but they have their sights lowered here and the goals could flow. This is a game in which both sides will feel they have a realistic chance of achieving a positive result and that could lead to plenty of goalmouth action.