Dunfermline look capable of giving punters a run for their money 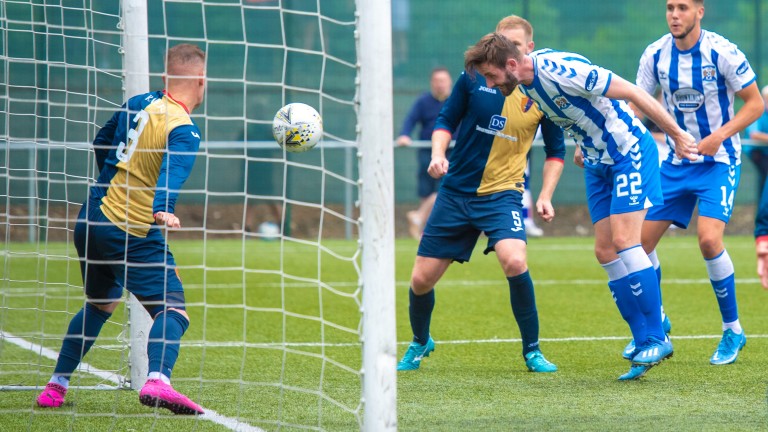 A sorry campaign saw Kilmarnock drop in to the Championship last season, but they look good value to return to the SPL at the first time of asking.

Tommy Wright was given the task of keeping Kilmarnock in the division, and although he was unable to reach a safe position, there were plenty of clues to suggest an upturn may not be far away.

Killie were nowhere near the worst performers in terms of expected goals last term, but they had trouble putting the ball in the back of the net, particularly away from Rugby Park.

Wright’s side lost just one of their last six league games, but they were unable to hold off Dundee in the relegation playoff.

There have been a fair few departures from Rugby Park this summer with the likes of Alan Power, Kyle Lafferty and Kirk Broadfoot moving on. However, the squad probably needed a freshen-up after last season’s demoralising campaign and there have been plenty of arrivals in East Ayrshire.

Scott Robinson has signed from Livingston, Stephen McGinn and Fraser Murray have linked up from Hibs and Dylan McGowan, Liam Polworth, Euan Murray and Danny Armstrong all look good additions at this level.

Wright has been pretty vocal in his desire to add another striker or two to his squad in the near future and that indicates that the financial backing hasn’t come to an end.

Clearly, having the finances to bring quality into the squad is huge at this level and Kilmarnock were building from a strong base. It’s also worth considering Covid implications. Killie should be better equipped to deal with any impact, both in terms of squad depth and testing, given they are one of just four professional sides in the division.

Forward Craig Wighton, who enjoyed a good loan spell with the club last term looks an excellent addition from Hearts and former West Brom man Graham Dorrans should be very effective at this level. Dan Pybis and Nikolay Todorov are useful signings and youngsters Recce Cole and Kai Kennedy could also make an impact after moving from QPR and Rangers respectively.

There's the promise of more investment to come and at 8-1 they look too big for at least a top-three finish.