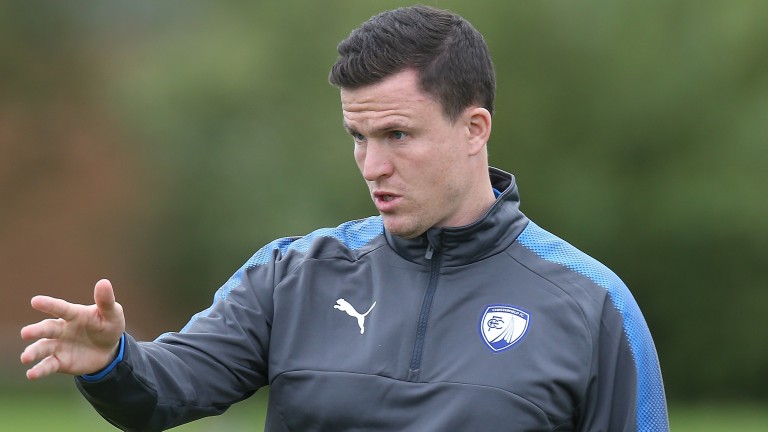 Wrexham could become the second Welsh team this season to inflict defeat on a Scottish side from Ayrshire when the sides meet in the Challenge Cup.

The tournament enters its third round on a day when football is limited domestically and clubs from England, Wales, Northern Ireland and Ireland are all taking part.

National League side Wrexham have won just two of their nine league games, but they can follow in the footsteps of nearby Connah's Quay Nomads, who dumped Kilmarnock out of the Europa League, by beating Ayr United.

United will take a threadbare squad to the Racecourse Ground with nine players missing through internationals, injuries and being cup-tied.

United have also made it clear they see the Ladbrokes Championship as their priority this season ahead of this tournament.

Punters have been backing Wrexham since prices went up and the home side could easily go off at odds-on having been 6-4 earlier in the week.

Clyde look a decent price to beat struggling Queen of the South at Broadwood.

Danny Lennon's side will take this tournament seriously and have proved they are in Ladbrokes League One on merit after a win against Falkirk and a fine draw last week at Forfar.

The omens do not look good this season for the Dumfries side in the Ladbrokes Championship and they will have to do without on-loan Rangers keeper Robby McCrorie, who is on Scotland Under-21 duty.

Clyde haven't lost a home league game for 11 months and will see this as a way of building their increasing confidence.

Partick Thistle are another team who are expected to play their strongest side and should have too much for Montrose at Links Park.

Jags boss Gary Caldwell is under pressure after twice losing leads at Morton and at home to Ayr United.

They are bottom of the Ladbrokes Championship, so the last thing he would want is a defeat from Ladbrokes League One strugglers Montrose.

Their opponents are on a poor run of just one draw in five league games and Thistle should have too much for Stewart Petrie's side.