The Different League presenter offers his take on the week's events 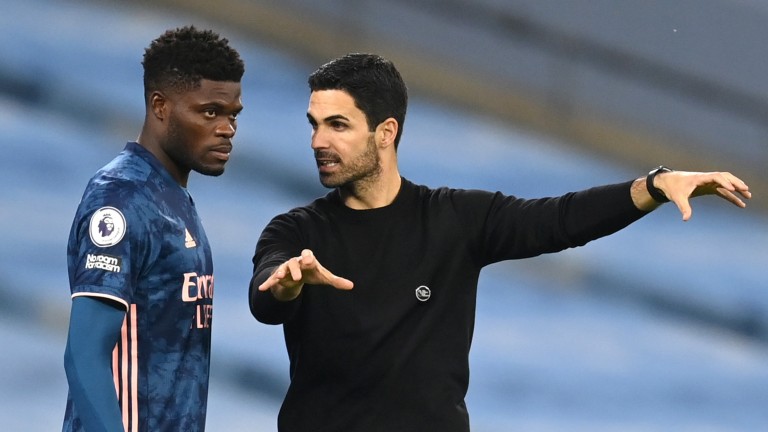 I have seen plenty of criticism heading towards Mikel Arteta this week and I think it is incredibly unfair.

People want results in the here and now but it mostly takes time to sort out the kind of state Arsenal were in. He is trying to turn around an oil tanker and during times of a rebuild there will be difficult moments such as losing 1-0 to Leicester last week.

Nine points from six matches isn't that bad when you consider they have already been away to Liverpool and Manchester City, while it was only a couple of months ago that he was lifting the FA Cup at Wembley.

I really admire what he is trying to do.

Arteta has served the perfect apprenticeship under Pep Guardiola, who if he isn't the best coach in the world is most definitely in the top two, and he knows what he wants from a team but that style will take time to develop.

The structure of the Arsenal side looks better and this is the most organised they have been in a decade. Arsene Wenger - the club's greatest ever manager in my book - had a difficult spell at the end and Unai Emery didn't really come close to turning it around.

Arteta will need money and transfer windows to truly bring in his philosophy, although we live in a world where that kind of development is not given anywhere near long enough.

I take Arteta at his word in that he has axed Mesut Ozil from his squad for footballing reasons and, assuming he is being honest, I reckon it was the right decision.

Ozil does not have the work ethic to survive given how Arteta wants them to play and if you remember back to the early days at Manchester City when Guardiola had to do a lot of work on making Sergio Aguero into the striker he wanted because goals - or in Ozil's case, nice passes - just aren't enough.

I also wouldn't worry too much about Pierre-Emerick Aubameyang's lack of goalscoring chances. He will come good.

Despite my positive outlook for Arsenal, I don't think they will get a Champions League spot, but it would be wrong to pin the blame on Arteta when other managers have superior tools. I'd take Tottenham and Chelsea to finish ahead of them, although neither looks ready to mount a title challenge.

Manchester United, who host Arsenal on Sunday, are another one of those with better players than the Gunners and I'm tipping the Red Devils to come out on top.

The game won't be a classic - it could follow a similar pattern to what we witnessed last week when Chelsea went to Old Trafford and just shut the game down in that desperately dull 0-0 stalemate.

However, that was the first time since the start of February that United have failed to score in a Premier League match and one goal could be enough for maximum points.

If Arsenal lose again the knives will be out for Arteta but give him the right resources and the Gunners won't sink with him at the helm.