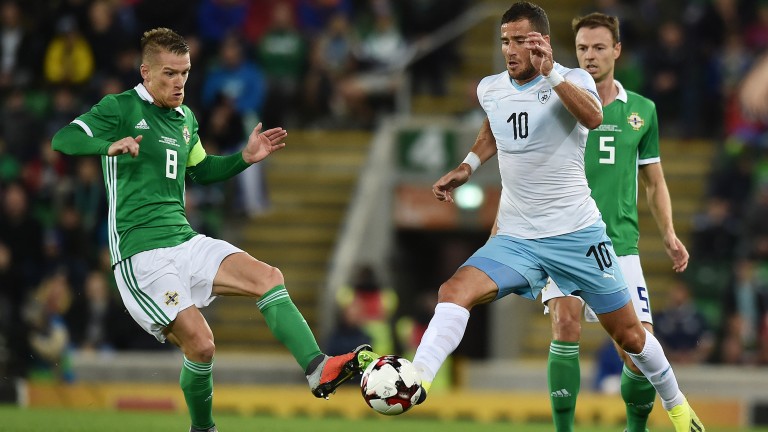 Northern Ireland, Wales and Ireland have fallen short in their efforts to secure a Nations League promotion and Scotland's quest to finish top of their group could end in failure when they take on Israel at Hampden Park.

Scotland and Israel are locked together on six points but only a victory would suffice for Alex McLeish's side, who are second due to an inferior head-to-head record.

The Scots were thoroughly outplayed when losing 2-1 in Israel last month and, on the basis of that performance, it is hard to see how they can be odds-on favourites to turn the tables in Glasgow.

There was a favourable market reaction to Scotland's 4-0 victory in Albania on Saturday which staved off the threat of relegation to League D.

But the game was heavily influenced by the early sending off of Albania centre-back Mergim Mavraj for a headbutt on Ryan Christie.

The score was 1-0 to Scotland at the time and Albania had no other option than to chase the game, knowing anything other than a victory would see them relegated.

Against Israel it could be a very different story with Scotland having to push forward and leave their defence exposed against an attack far superior to Albania's.

Israel romped to a 7-0 victory in a friendly at home to Guatemala on Thursday and could easily have scored more goals against the Scots last month after regularly carving them open time and time again.

Scotland's task in Haifa was made more difficult when John Souttar was sent off after an hour (the score was 1-1 at the time) although the balance of the game was already swinging in Israel's favour.

Israel went into the Scotland game low on confidence having lost the previous four games but came out of it will renewed belief.

They followed up with a 2-0 success at home to Albania three days later and arrive at Hampden with the possibility of registering a fourth successive victory for the first time since 2014.

The big question mark hanging over Israel is their poor away record – they have lost four of their last five on the road, including a 3-0 defeat to Northern Ireland in September.

They struggled to make an impression in Belfast with strikers Tomer Hemed and Moanes Dabour shackled by Premier League centre backs Jonny Evans and Craig Cathcart.

Unfortunately for Scotland the heart of their defence is much more vulnerable and it may cost them as they strive to end their first Nations League campaign on a high.

Israel
Injured midfielder Eyal Golasa had to withdraw from the squad and Tomer Hemed (groin) is a doubt after missing Thursday's 7-0 victory over Guatemala.