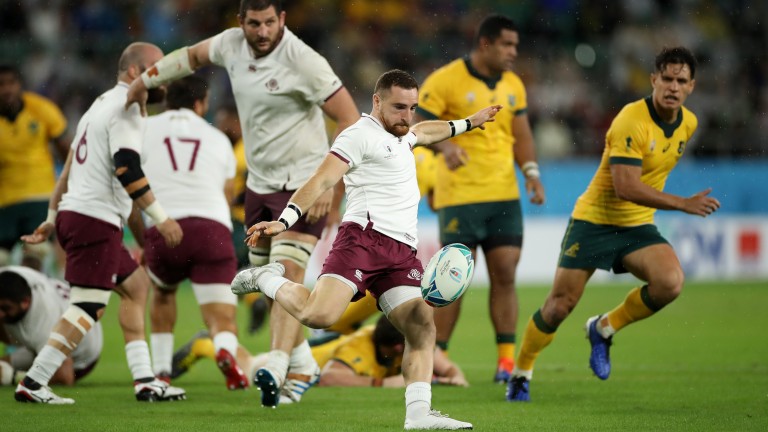 Scotland get a chance to warm up for their Six Nations battle against Wales with a run-out against Georgia, and they'll know they're in for a physical workout.

The teams have met four times, most recently in back-to-back World Cup warm-ups in the summer of 2019, both of which the Scots won comfortably and by more than Friday's 24-point handicap.

Georgia have always prided themselves as an uncompromising forward-driven outfit and little has changed even though only four players who started their 2019 World Cup opener against Wales are in the line-up at Murrayfield.

Five of the starting forwards ply their trade in France, as do half-backs Tedo Abzhandadze and Vasil Lobzhanidze, who are team-mates at Brive.

Scotland have evolved considerably in the last decade and are a far more free-scoring side, but are missing their most dangerous back in Stuart Hogg, who will be playing for Exeter in the Premiership final, while fly-half Finn Russell, who has been the creative spark in their revival is on the bench.

Russell did not play at all in Scotland's Six Nations fixtures this year after falling out with head coach Gregor Townsend, and his influence was clearly missed as the Scots managed 63 points and six tries in their first four games.

Defensively they have been sound though, shipping only four tries, the fewest in the competition, and a Georgia side who have been out of action since March may struggle to break through.

The Lelos have won all their four matches this year in the Rugby Europe Championship - known unofficially as the Six Nations B - running up 181 points, although this is clearly a huge step up.

Rain is forecast to clear by the evening but conditions may still be difficult and a win by a modest 11 to 20 points looks a more reasonable call.

FIRST PUBLISHED 5:27PM, OCT 22 2020
Five of Georgia's starting forwards ply their trade in France, as do half-backs Tedo Abzhandadze and Vasil Lobzhanidze, who are team-mates at Brive