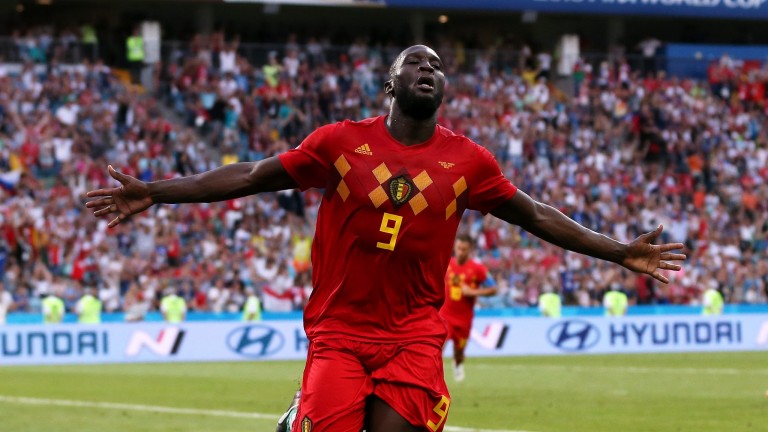 Scotland
Ryan Jack is rated doubtful, but Oli McBurnie has shrugged off a minor problem.

Belgium
The Hazard brothers - Thorgan and Eden - are both ruled out for Belgium. Leander Dendoncker missed the San Marino clash, but is hopeful of being passed fit.

Scotland already have the safety net of a Nations League playoff in their bid to reach Euro 2020 and that's just as well because they are unlikely to make the finals through automatic qualification.

A miserable campaign took another turn for the worse as they were beaten 2-1 at home by Russia on Friday, leaving them six points off second spot.

They are fourth in Group I - behind even Kazakhstan - and Hampden Park is unlikely to witness an upset when Belgium visit Glasgow.

Fifa's ratings are not worth much but there is some pride in Belgium at being the number one ranked side in the world, and they won't have to face an hostile crowd with the Tartan Army already thinking about next year's playoff judging by the predicted low turnout figures.

It's up to Steve Clarke's side to win back the trust of the supporters and Friday's tame effort did not go down well.

The supposed classy area of the team is a midfield featuring John McGinn, Scott McTominay and Callum McGregor, but they failed to sparkle as the Russians forced more attempts and shots on target and finished with the majority of possession.

Russia are a decent side but nowhere near as good as Belgium, who have won all five of their qualification matches by an aggregate of 15-1.

The Red Devils are deservedly red-hot favourites, although for a bit of value it may be worth chancing them not to win by a wide margin. An away win with under 3.5 goals makes most appeal.

Belgium could 'only' win 2-0 away to Cyprus and they took 43 minutes to break San Marino down on Friday before landing a 4-0 success.

Eden Hazard's absence robs Roberto Martinez of arguably his best player and possible replacement, brother Thorgan, is also sidelined, meaning Romelu Lukaku may not get quite as much sublime approach work as usual.

Lukaku was the difference in the reverse fixture with Scotland in June when he scored twice in a 3-0 victory with Kevin De Bruyne's goal at the death extending Belgium's advantage.

De Bruyne has started this season sensationally for Manchester City and is on a different level to most in his own side, never mind Scotland.

Belgium's defence has always been the major concern once the serious business of tournament football begins, but at this level it shouldn't be an issue.

They have kept four straight clean sheets in qualifying and Tottenham pair Toby Alderweireld and Jan Vertonghen are unlikely to be given too many scares by Sheffield United's Oli McBurnie.

Scotland have kept only one clean sheet in their last eight home matches.