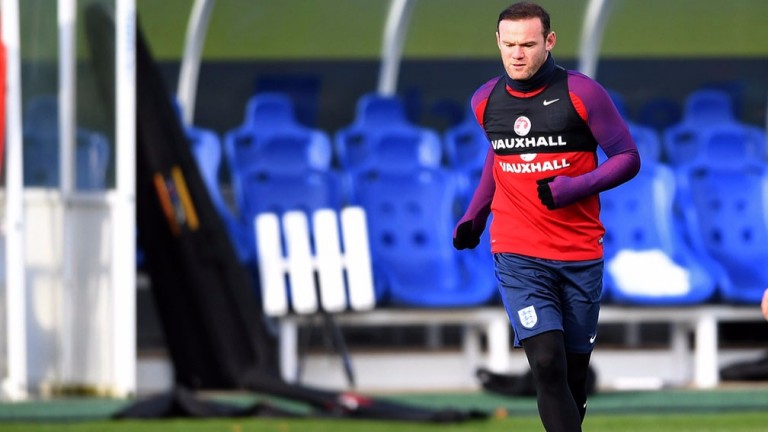 World Cup qualification already looks a tall order for Scotland but they would love to do everything possible to upset English hopes at Wembley on Friday night and this battle of Britain could be tougher for the hosts than the odds anticipate.

If the Scotland from the October qualifiers turn up then it will be a stroll for the 2-5 favourites after a home draw with Lithuania was followed by a heavy 3-0 defeat in Slovakia which has left manager Gordon Strachan’s job hanging by a thread.

However, the return to Wembley could well inspire the underdogs and backing them to keep it deadlocked for the opening 26 minutes may prove to be the wisest wager.

Bet on this match on soccerbase.com

England can usually be fancied to keep the back door shut in these qualifying contests.

Since the start of the 2015-16 term England have played seven qualifiers and they have not conceded in any of those, although it needed goalkeeper Joe Hart to pull off a couple of magnificent saves
to preserve the clean sheet in Slovenia last time out. Gary Cahill has recovered from his poor start to the campaign at Chelsea and there should be decent protection from Jordan Henderson and Eric Dier, which will make it difficult for Scotland to play through English lines.

Adam Lallana is in top nick for Liverpool and the pace out wide comes from Raheem Sterling and Theo Walcott. But the striking issue must concern Gareth Southgate. Wayne Rooney has been playing in midfield for the Three Lions but England’s record goalscorer could be needed back up front with Harry Kane not at peak fitness, Daniel Sturridge out of favour at Liverpool and Jamie Vardy out of form at Leicester.

Rooney has grabbed 53 international goals but the next best is Walcott on eight.

Henderson has never scored for England in 30 caps, Lallana and Sterling have three goals between them in 54 outings and Scotland should not be overly fearful given Manchester United’s Rooney has notched twice in 18 matches for club and country this term.

If Strachan’s side come with a plan – and admittedly the Tartan Army remain unconvinced their boss has that much of a clue – they can make life uncomfortable.

Scotland are strong in central midfield where Premier League performers James McArthur and Darren Fletcher alongside the returning Scott Brown gives the visitors a solid platform from which to protect a back four that is short of options at left-back.

Wide players Matt Ritchie and Robert Snodgrass are good enough going forward to make the English full-backs think twice before bombing forward, but much like the hosts, Scotland seem to have a lack of goals in the side.

Nobody in Strachan’s team has reached double figures and supporters have complained that stubbornness from the manager is keeping Premiership Golden Boot winner Leigh Griffiths out of the starting 11, while the other three options – Steven Fletcher, Chris Martin and Steven Naismith – are plying their trade in the Sky Bet Championship.

A low-scoring match seems likely in a full-throttle derby that will be played at a fast, almost Premier League-type pace, and those wanting to see goals may need to show patience.

England
Gareth Southgate has confirmed Wayne Rooney will start. Dele Alli is injured and there are doubts over Tottenham teammates Harry Kane and Danny Rose.

Scotland
Scott Brown and Charlie Mulgrew have returned to the squad but left-backs Andrew Robertson and Kieran Tierney are sidelined. Steven Fletcher is doubtful.

England have been hard to watch in their opening three World Cup qualifiers – scoring just three goals and are expected to do better when taking on Scotland at Wembley on Friday night, writes Dan Childs.

Sporting have pitched the home team’s goals at 1.9-2.1 – but a free-flowing performance may be difficult to achieve against the Scots, who are likely to defend with much more passion and discipline than they showed when losing 3-0 away to Slovakia last month.

England created few clear-cut chances in a 0-0 draw away to Slovenia last time out and there are question marks hanging over several of their attacking players.

Marcus Rashford has not scored in any competition since September, Wayne Rooney has started just one of Manchester United’s last six Premier League games and Daniel Sturridge has started four league matches all season, failing to last the 90 matches on each occasion.

Jamie Vardy has been getting the most football of England’s attacking quintet but was left out of Leicester’s starting line-up for the 2-1 loss at home to West Brom on Sunday.

England’s goal threat may have to come from other areas of the pitch and Raheem Sterling looks the man most likely to step up.

Sterling was criticised as much as any England player for his lacklustre efforts at Euro 2016 but has responded superbly to Pep Guardiola’s methods at Manchester City and looks a much more assured player than five months ago.

One of the key aspects to his improvement has been a willingness to take on more responsibility in front of goal.

The 21-year-old has scored five goals for City this season and may be ready to show his goalscoring touch in the international stage.

Sterling has netted just two goals in 27 appearances for England but those stats do not reflect the way he is playing for Man City at the moment and, at 13, he looks a cheap goal-minutes buy.