Scotland can take their chances in Twickenham clash 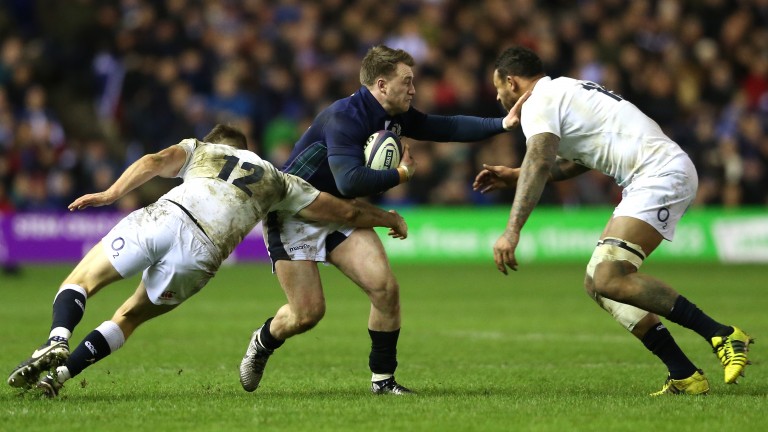 Scotland haven’t won at Twickenham since 1983 but this Scottish team have travelled south with a real sense that they can end that run against a misfiring England side and their performances in the Six Nations fully justify that belief.

Wins over Ireland and Wales have come at home while the Scots were edged out by France in Paris but in all their games Scotland have been supremely clinical, they have played with adventure and precision, and they are scoring tries.

England, in contrast, haven’t clicked. They needed late scores to beat France and Wales having trailed late in both games, while they were behind at half-time to Italy a fortnight ago.

On the plus side, they are unbeaten and aiming for a record-equalling 18th consecutive Test victory, and should everything fall into place and they reproduce their best 2016 form, they are capable of dominating the match.

But the key to Scotland’s victories has been making their ability to make the best of everything they create or that comes their way and a 13-point handicap looks too big for what could be a tight and enthralling contest.

Scotland opened their campaign with a victory over Ireland, but in the first five minutes of that clash they looked to be firmly on the back foot as their scrum was going backwards and they were penalised.

Yet with half an hour gone they had run in three tries and since then they have managed to defy a lack of dominance to still be competing for a Triple Crown and even the title.

Scotland were second-best in terms of possession and territory in their first two matches before edging the battle thanks to an improved second half against Wales. They have also carried the ball significantly less than all the other teams bar Italy, yet their 927 metres have resulted in seven tries while France have run for 1,347 and scored just two.

Their ability to turn the glimmer of an opening into a significant gain has been their biggest strength and that will mean England have to be fully switched on for 80 minutes, something they have failed to do in all three matches in this campaign.

England have been behind at half-time in every game but their huge strength in depth has meant there is no drop in intensity when their replacements come on, and there is a big boost to the bench today with Billy Vunipola fit to return.

Scotland will have to be wary of not letting England open up a lead but they have defended with purpose throughout the team and their industry is another important ingredient of their success.

It could be cagey for spells but Scotland have shown they are capable of breaking the shackles through their backline, and especially their dangerous back three.

Full-back Stuart Hogg has led their scoring charge and is sure to be a go-to man at Twickenham so the 3-1 that he gets on the scoresheet looks big.