Scotland can find their scoring edge against France 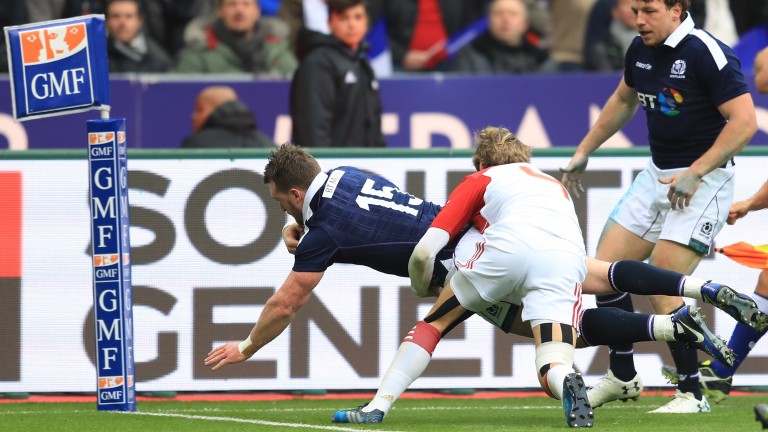 Great things were expected of Scotland before the Six Nations kicked off but a 34-7 defeat to Wales in round one has left them stunned and in desperate need of a win over France at Murrayfield.

It wasn't just losing the match that will have hurt Scotland but the way in which Wales totally dominated them and stopped their sweeping attacking play at source.

The worry for Scotland must be that France could do the same to them. Les Bleus put in a pretty limited performance in their opening loss to Ireland last weekend but the one facet of their performance that did stand out was their tireless defence.

France put in 253 tackles, 100 more than the next highest tally in round one, leaving Ireland as the only team without a try in round one. They even denied the Irish a single clean break.

Rainy conditions didn't help in Paris last week, but while there is a chance of a snow flurry in Edinburgh there shouldn't be anything like the same obstacles to running rugby.

Scotland will be desperate to get into gear quickly after they were totally shackled in Cardiff and they are boosted by the return of centre Huw Jones, who is so adept at breaking the line.

Sean Maitland replaces the injured Byron McGuigan on the wing to combine with Tommy Seymour and Stuart Hogg in a back three packed with clinical finishing power.

Les Bleus have also been forced into changes through injury. Teenage fly-half Mathieu Jalibert was injured on his debut last week so Lionel Beauxis comes in for his first cap since 2012. The Lyon playmaker has a big boot but it's hard to believe he will be able to turn the French backline into a coherent attacking force after such a long absence.

So Scotland clearly have the edge in attack, where France looked directionless against Ireland last weekend. Too many moves ended with aimless kicks and their only try came from an opportunistic opening after a quickly taken line-out.

The question is whether they can find a way through an obdurate France defence and with a handicap set at less than a converted try it's worth chancing that they can.

Ireland were unfairly criticised last week for being too conservative but Scotland, chastened by last week's defeat, should show far more ambition.

One area where France should hold an edge, though, is up front, and it's worth backing the French scrum to get on the front foot. Scotland have well-documented injury issues in their front row and France will look to get on top and squeeze penalties.