Scotland can avoid a heavy defeat to Tonga 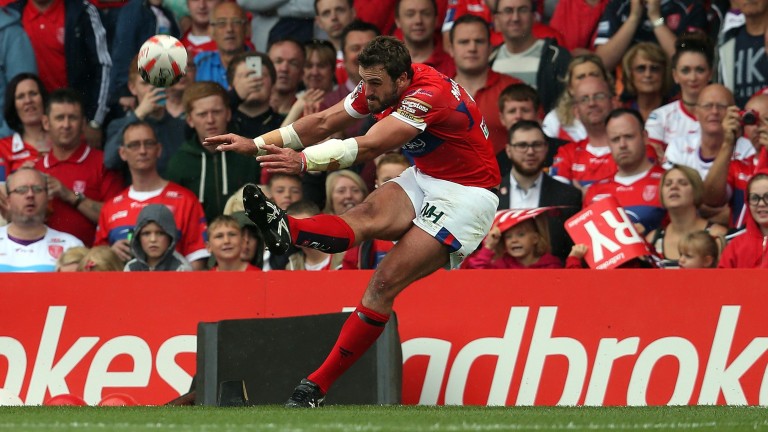 Tournament favourites Australia drew first blood at the 2017 Rugby League World Cup with a hard-fought 18-4 win over England on Friday.

The scoreline perhaps flattered the Kangaroos a little with England the dominant side in the second half despite barely leaving their own half before the break.

It’s the turn of Ireland and Scotland to enter the fray on Sunday morning as they take on Italy and Tonga respectively.

Only New Zealand are ranked higher than Scotland in Group B but quotes of 125-1 about the Bravehearts topping their section illustrate the size of the task facing them.

Steve McCormack’s men suffered a humiliating 50-14 defeat at the hands of a New South Wales Country Under-23s side in their sole warm-up and another heavy defeat looks on the cards against a strong Tongan outfit.

The Mate Ma’a have been boosted by the defection of eight New Zealanders and an Australian international to join their cause which has seen them slashed from 100-1 to 28-1 win the title.

While they should have too much power for the Scots, a 30-point handicap line is a tough task for them to overturn on their first real run as a team and preference is to take Scotland, who beat Tonga by two points in the 2013 World Cup, to stay within the line.

Italy were unlucky to not qualify for the quarter-finals four years ago and look solid favourites to see off Ireland in Cairns.

Buoyed by the availability of New South Wales star James Tedesco, tipped by many to be a part of Australia’s squad, Italy have a capable squad led by Hull second-rower Mark Minichiello.

Super League fans will be familiar with Azzurri winger Josh Mantellato from his time with Hull KR, where he scored 33 tries in 44 appearances.

Mantellato has touched down for five tries in seven international appearances and could be a touch of each-way value to dot down first at 9-1.

Fiji v USA
Premier Sports, 10.40am Saturday
Fiji have made the semi-finals in each of the last two World Cups and should be confident of making a winning start to their campaign against the USA.

The Bati have a strong squad at their disposal, especially in the backline, and can record a comfortable opening victory in Townsville.

Lebanon v France
Premier Sports, 5am Sunday
This Group A clash is likely to decide who follows Australia and England into the quarter-finals.

France are narrow two-point favourites but backed by a large Lebanese community in Sydney, Brad Fittler's Cedars look ready to cause a minor stir.

Fittler has a number of high-class NRL stars at his disposal, including captain Robbie Farah, and that could tip the balance in their favour.