Scotland and Albania lacking in firepower

Hampden clash likely to be tight 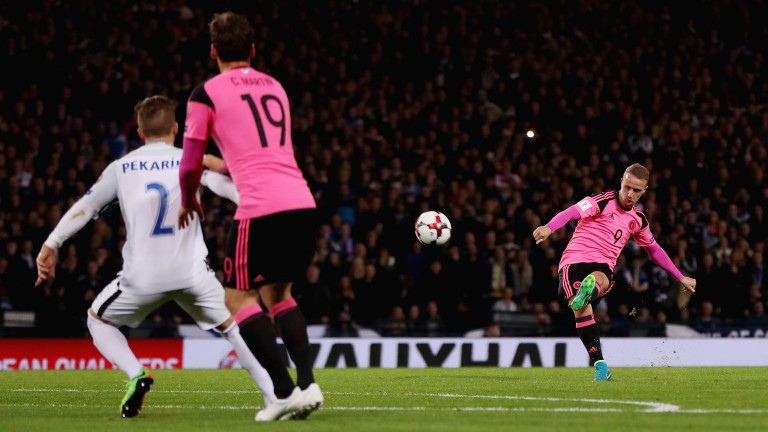 Scotland's 4-0 friendly loss to Belgium on Friday showed that they are as far away as ever from matching the elite teams and they may struggle to justify favouritism in their Nations League opener at home to Albania.

When the Nations League draw was made, Scotland must have fancied their chances of topping League C Group 1 at the expense of Albania and Israel.

But Albania already have three points on the board after a 1-0 victory at home to Israel on Friday and they can stay in control of the section by holding the Scots to a draw at Hampden Park.

Alex McLeish has started his second spell as Scotland manager with four defeats in five games and is under pressure after the loss to the Belgians, which was the nation's heaviest at home in 45 years.

There are likely to be changes in personnel and formation as McLeish strives to come up with a winning formula but there is only so much he can do with an ordinary group of players.

Scoring goals is becoming a major problem with Scotland netting just once in their last six fixtures.

Leigh Griffiths led the attack for much of World Cup qualifying and weighed in with four goals, including a memorable double in the 2-2 draw at home to England.

But Griffiths struggles to nail down a regular starting berth at Celtic and doesn't look the long-term answer to Scotland's problems.

Swansea's Oli McBurnie could be a better option and his powerful physique would be much better suited to Scotland's style of play.

However, a toe injury forced McBurnie to withdraw from the squad, giving the Albanian defence an easier assignment than would otherwise have been the case.

The positive news for Scotland is that Albania look equally toothless in attack.

They are without their most talented striker, Levante's Armando Sadiku, who is recovering from a knee ligament injury.

Four-goal striker Bekim Balaj is the leading marksman in their 24-man squad.

Oostende forward Sindrit Guri started up front against Israel but made little impact and was replaced by Balaj at half-time.

Given the lack of firepower, Albania manager Christian Panucci has little option than to rely on a cautious strategy.

Their better players are at the back, with full-backs Frederic Veseli and Elseid Hysaj and centre-back Berat Djimsiti all plying their trade in Serie A.

Napoli's Hysaj is known for his regular forays forward and is a player Scotland will have to keep an eye on.

But neither team have any serious attacking weapons and the strong chance of a low-scoring outcome is priced in with under 2.5 goals no bigger than 8-13.

It is hard to argue with those odds and a low-scoring game should be good news for draw backers, who can get on at 5-2.

Albania
Armando Sadiku misses out with a long-term injury and Bekim Balaj could take over as the lone front man after coming off the bench at half-time against Israel.

Key stat
Scotland have failed to score in five of their last six matches.