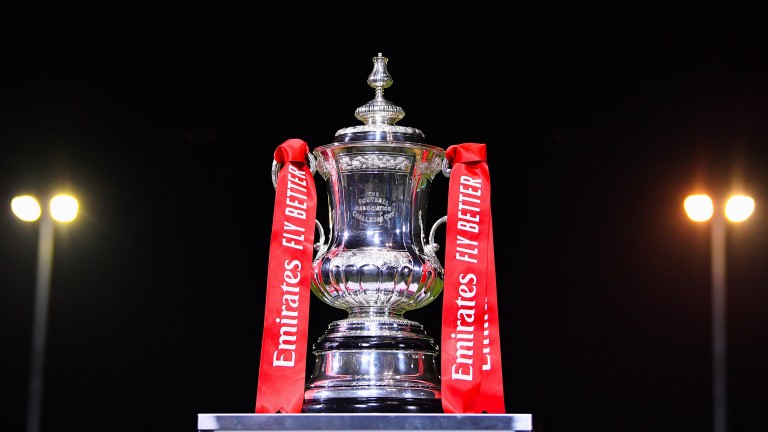 The first tie in the FA Cup fourth round is the one with the biggest difference in league positions between the teams. On Friday night, Chorley from the sixth-tier National League North will play Wolves from the Premier League.

It has the potential to be the highest-scoring game. No tie in the third round produced more goals than the five conceded by eighth-tier Northern Premier League Division One North West Marine to Premier League Tottenham – though some produced as many.

Goals are a function of competitiveness. The wider the difference in ability between two teams seems to be the more goals there are likely to be.

Let me illustrate this with some figures from previous seasons in the FA Cup. For a reason that I hope will become clear, I am going to start by ignoring teams from below the EFL. It is a broad category that includes everybody from full-time professionals to amateurs. Only Chorley are left this season anyway.

I took FA Cup results from the past 25 seasons, 1995-96 to 2019-20. I confined myself to teams from the Premier League and the three divisions of the EFL: Championship, League One and League Two.

I also limited myself to ties between the third and sixth rounds, which were played at partisan venues. This season, as if I need to remind you, there will be no fans in them, for the fourth round as for the third, and possibly for later rounds as well.

A few scribbles on a scrap of paper and taps on a pocket calculator suggest that the most likely total number of goals in those ties may be 42.

This is not surprising because the composition of the fourth round this season is close to the average for the previous 25 seasons.

There are 15 teams from the Premier League, 11 from the Championship, three from League One, two from League Two and one from below – our friends Chorley.

Over the previous quarter-century the fourth round consisted typically of 14 or 15 teams from the Premier League, ten or 11 from the Championship, four from League One, two from League Two and none or one from below. As I say, the make-up of the fourth round this season is close to a historical average.

Same old faces looking down from the Premier League

Wolves have won the FA Cup four times, though not since 1960. That year, coincidentally, the fourth-round draw also paired Manchester United with Liverpool. They will play on Sunday at Old Trafford. In January 1960 they played at Anfield. United went through with a 3-1 away win.

What strikes me looking back at season 1959-60 is how little has changed at the summit of English football. I was born during that season and now I am old. Yet 14 of the 22 teams who were in the First Division are now in the Premier League – almost two-thirds of them.

Only Arsenal and Everton stayed at the top level throughout. All of the others spent some time away, but most of them have come back.

There is more consistency across 61 seasons at the highest level than further down. Only eight of the 22 teams who were in the Second Division are now in the Championship – just over a third.

Fortunes can wax and wane for all teams, but those most likely to be in the same place now as they were a lifetime ago are those who started at the peak.

Not got a William Hill account? Sign up today and bet £10 to get £30 in free bet credits.