Scoreboard set to tick over tidily

Wallabies will not want an arm-wrestle 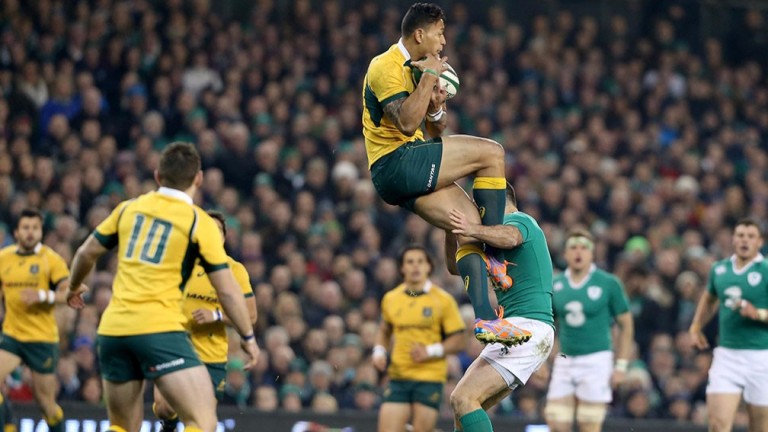 This autumn campaign will be forever remembered for Ireland’s historic win over the All Blacks in Chicago three weeks ago, but the danger for the men in green now is that they let the two-match series against New Zealand distract them from Saturday’s final showdown of the year against Australia.

Having lost last week’s return against the All Blacks, Ireland will desperately want to sign off with a big scalp in front of the Aviva Stadium faithful, but it looks a desperately tight affair to call and bookmakers are giving nothing away, making it virtually a scratch affair.

Australia set the bar high with five Tests this autumn against all the northern hemisphere’s big guns. But coach Michael Cheika has played his hand well and his decision to rest a raft of frontline players last week against France now looks shrewd as the Wallabies picked up their third win and their starting 15 in Dublin should be fresh.

Ireland’s win over New Zealand was helped in large part by their success at the line-out and Cheika has made clear he wants to target that area and has brought Dean Mumm, more usually a lock, into the back row to enhance his options.

This game isn’t the end for the Wallabies – there’s the small matter of England at Twickenham next week – and it’s doubtful they will want to get dragged into an arm-wrestle. With the pace they possess this could turn into an open game and the total points line looks to be pitched invitingly low at 42.5

The last two meetings in Dublin have gone over that mark, and while Ireland’s 15-6 victory when the teams met before then stands out, that was a World Cup pool decider and the high stakes contributed to a cagey affair.

Injuries picked up in last week’s defeat to the All Blacks have robbed coach Joe Schmidt of the services of Jonny Sexton and Robbie Henshaw – Paddy Jackson and Garry Ringrose step up to replace them.