Raonic may be rusty in first outing since March 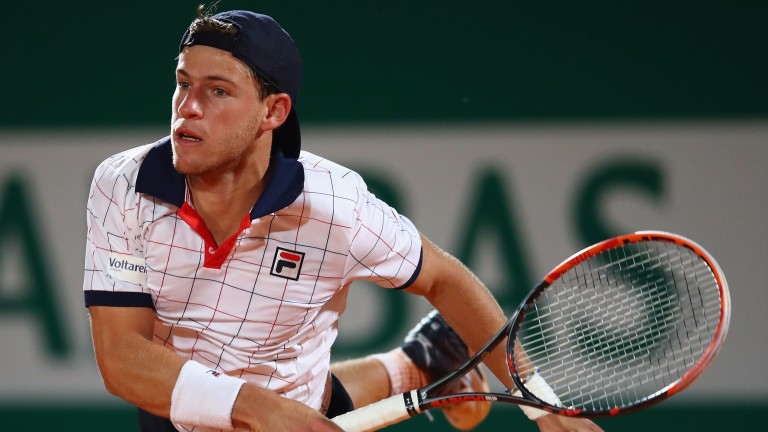 Diego Schwartzman enjoyed a run to the quarter-finals in Monte Carlo recently
Getty Images
1 of 1
By Tom Bull 5:16PM, MAY 2 2017

ATP Istanbul
There are five tournaments across the globe this week with perhaps the most intriguing coming from Istanbul, where Milos Raonic makes his seasonal clay-court debut.

However, 11-4 about the Canadian starting with a victory doesn’t seem a good price given that he has struggled to find form this year and he hasn’t been seen since losing to Jared Donaldson in the Miami Open in March.

The one to make most appeal at the prices is Diego Schwartzman.

The Argentinian has been in decent nick on the surface this year and his performance in Monte Carlo two weeks ago was particularly notable given that he took the scalps of Roberto Bautista-Agut and the in-form Jan-Lennard Struff, both in straight sets.

A loss to Rafael Nadal in the quarter-finals is understandable and the draw he’s been allocated here looks as though it should be easy for him to progress to at least the semi-finals.

He has a good chance of notching another career win, but, like Raonic, the Argentinian could be rusty.

One player who won’t be is Pablo Carreno Busta.

He may have felt the effects of a busy schedule when losing in the earlier rounds in Barcelona last week but he has since had time to recover.

Carreno Bosta made the semi-finals in Indian Wells and a final in Rio, so he could be a tough nut to crack.

ATP Munich
Gael Monfils is highest ranked in Munich’s annual tournament but the Frenchman is worth taking on.

The draw hasn’t been kind to him and he’ll probably have to play Hyeon Chung in the second round.

The South Korean put it up to Nadal in Barcelona last week before losing and on that showing he’s worth an each-way interest.

Laura Siegemund and Anastasia Pavlyuchenkova head into the tournament in excellent form and it’s the latter that makes most appeal.

The Russian won in Monterrey for the fourth time on her latest appearance, and on that form she would be a big player here, especially seeing as she’s had time to prepare for this competition.

This will be the easiest clay court tournament she has contested for a number of years and the fact she is the highest-ranked player has consequently given her a nice draw.

WTA Prague
The Prague Open has a generally higher quality of players, with Caroline Wozniacki taken to come out on top.

The Danish superstar has really rediscovered her touch in the last year, reaching finals in two of her last four tournaments.

It looks a kind draw for the world number 11 and she should be hard to beat if she reproduces her best clay-court form.

WTA Prague Open
Venue TK Sparta Prague, Prague, Czech Republic
Prize money $500,000 ($111,389 to winner)
Category International (280 ranking points to winner)
Surface Outdoor red clay
When to bet Starts 9am today
Where to watch Live on BT Sport
Weather forecast A dry start is anticipated but play could be affected by showers most of the week.
Time difference One hour ahead of the UK and Ireland