Scheming Villans could give Canaries plenty of trouble 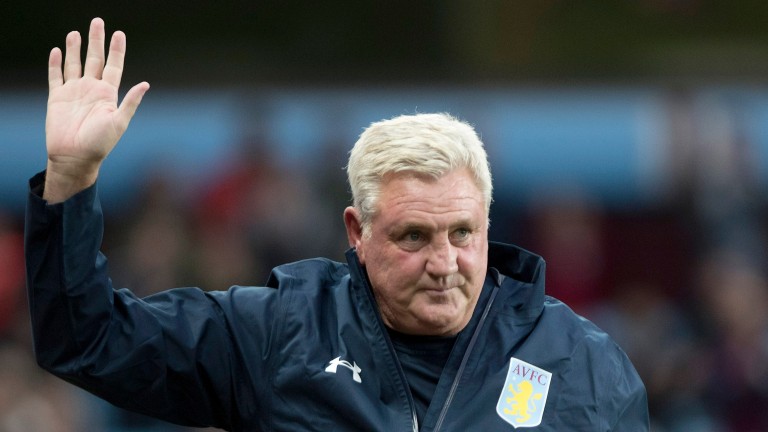 Norwich fans are losing patience with boss Alex Neil and Steve Bruce’s Aston Villa can shunt the Scot nearer the exit by winning at Carrow Road.

The Canaries have racked up just one win in nine games, a 5-0 romp against a Brentford side who made the cardinal sin of allowing Norwich to play.

Villa won’t make that mistake and when it comes to a fight it appears Norwich are lacking, as Neil himself admitted following Saturday’s 2-1 defeat at Barnsley.

These two Premier League rejects are heading in different Sky Bet Championship directions with Norwich in freefall, while Villa under Bruce have lost just once in nine.

Admittedly, there might be an air of reluctance to punt Villa, who have shamefully won just one of their last 31 away games. But much of that was before Bruce’s arrival and they look a different side now.

They struggled on Saturday to break down an obdurate Wigan who had no intention of going to Villa Park to play, but it will be a different story at Carrow Road where the onus should be on Norwich to be positive.

Bruce has a choice of three quality strikers to stick alongside the excellent Jonathan Kodjia and sooner or later you can see them battering someone. Norwich, in contrast, are short on confidence with a manager who doesn’t seem to know his best 11.

Villa, with a win at high-flying Reading and draws at Birmingham and Brighton, look a decent price.

Team news
Norwich
Martin Olsson (knee) is fit to start. Louis Thompson and Matty Jarvis are out but Alex Tettey, Cameron Jerome and Mick McGovern have recovered from knocks.

Aston Villa
Nathan Baker is recovering from a groin strain. Gabby Agbonlahor should return after injury.