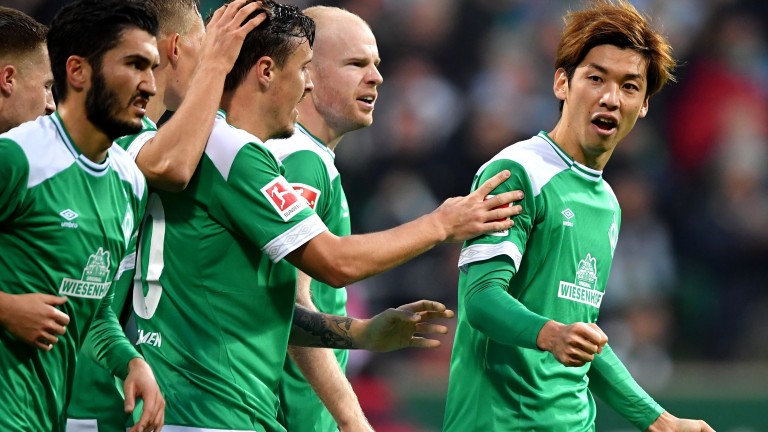 Werder have not struggled in front of goal this season
Stuart Franklin
1 of 1
By Steve Davies 8:00PM, APR 2 2019

Schalke stopped the bleeding at the weekend when the Royal Blues snapped an eight-game winless run in the league, but they still look there to be taken on at home to Werder Bremen in the last eight of the Pokal.

Schalke's 1-0 win at Hannover – the Bundesliga's bottom club – was a welcome boost and eased them clear of imminent relegation danger.

But they are still a club in crisis and three weeks after being battered 4-2 at Bremen in the league, the away side can prevail at the Veltins-Arena.

Bremen are flying. Unbeaten since before Christmas, they are on a run of three straight wins and banging in the goals.

Skipper Max Kruse is playing just off the front two and thriving with six goals in his last four matches. And his understanding with frontman Milot Rashica, who has bagged eight since the turn of the year, is hugely impressive.

It's only a couple of weeks since Schalke were battered 7-0 at Manchester City – a humiliation which cost Domenico Tedesco his job and saw veteran Huub Stevens come in as caretaker – and Bremen's frontmen should be confident of inflicting some serious damage.

This is Schalke's third game under Stevens and he is plagued with injuries with West McKennie among a lengthy list of absentees.