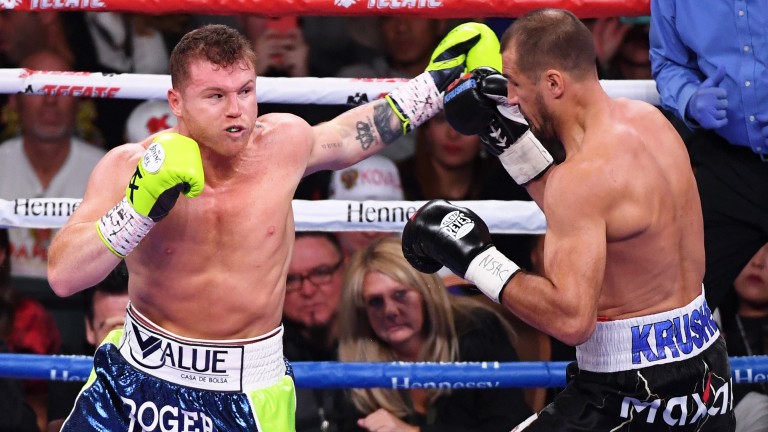 Liverpool's Callum Smith has the fight of his life this weekend as he steps into the ring for the first time this year to face the biggest star in the world of boxing, Saul 'Canelo' Alvarez.

Smith is ranked number one in the super-middleweight division and defends his WBA and Ring Magazine belts against the Mexican in front of 11,000 people at the Alamodome in San Antonio, Texas.

The vacant WBC super-middleweight title is also on the line and four-weight world champion Canelo is strongly fancied to emerge victorious and solidify his position as the pound-for-pound king of boxing.

The official announcement of this fight was made just four weeks ago, meaning preparation and logistics have been far from ideal for Smith and his team.

Canelo is the challenger in this 12-round bout, but he is also the one calling the shots. He's the A-side fighter and has chosen Smith from a pool of fighters hoping to land the most lucrative payday in boxing.

A huge factor in that decision may have been Smith's most recent performance, which was a lacklustre defence of his titles at the Liverpool Arena 13 months ago, when he won a close fight with John Ryder.

Ryder stands at 5ft 9ins and surrendered a substantial height and reach advantage in that fight with Smith, who towers above most in the 168lbs weight class at 6ft 3ins.

The champion and pre-fight 1-20 favourite struggled to land on a number of occasions, with left hooks and numerous jabs all sailing over the top of Ryder's head. Similar problems are expected against Canelo, who is one inch shorter than Ryder.

It was however, Ryder's footwork and his ability to close the distance very quickly that caused Smith the biggest problems. He enjoyed plenty of success when up close and working the 30-year-old's body.

Canelo is renowned for his slick counter-punching and savage body shots, but his ability to slip anything thrown in his direction and get inside is what enables him to showcase his sublime skills.

The biggest win in Smith's 27-fight career was his seventh-round stoppage of an ageing George Groves to win the final of the World Boxing Super Series in Saudi Arabia two years.

Alvarez represents a huge jump in class for the Liverpudlian, and he will need significant improvements from his last performance to have any hope.

Smith is durable and his physical attributes will enable him to remain competitive for long periods of this fight, but, ultimately he is expected to come up short and lose his titles on the judges' scorecards.

FIRST PUBLISHED 5:15PM, DEC 18 2020
Canelo represents a huge jump in class for the Liverpudlian, with significant improvements from his last performance required for him to have any hope