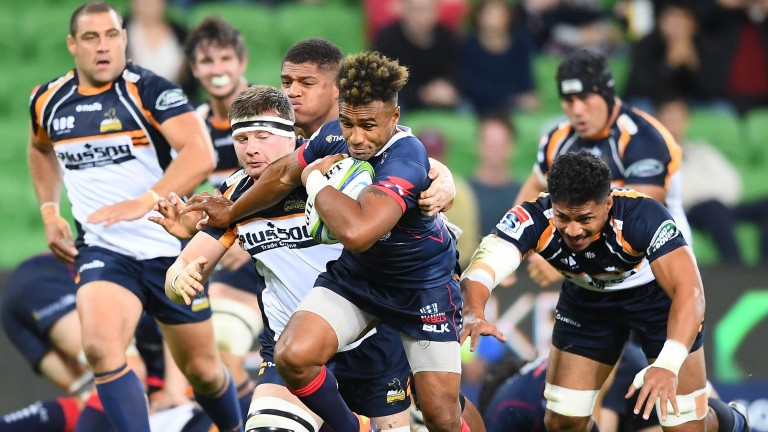 Will Genia makes a break for the Rebels in their Melbourne win over the Brumbies
Getty Images
1 of 1
By Max Oram UPDATED 2:01AM, MAR 16 2019

Take the Rebels with a start of eight points from the Lions in Johannesburg.

With three wins out of three this season, the mood in the Melbourne men's camp must be just about the best it has ever been as they bid for a first success on South African soil.

And while they are yet to beat their hosts in four meetings, the Rebels have been far from disgraced in two battles including their first visit to Ellis Park. They also drew 9-9 at the Sharks two years ago straight after jetting up from a home victory over the Brumbies like achieved last Saturday.

The Lions are looking less sharp at present than when surging to runners-up spot in the past three seasons.

A hard-earned victory over Jaguares in Buenos Aires was followed by scratchy defeats to the Stormers in Cape Town and the Bulls at Ellis Park and the Joburg venue was still not looking a fortress last Saturday when they beat Jaguares 47-39.

The Sunwolves hammered the Reds 63-28 in Tokyo last year but bookmakers are not expecting a similar scoreline at the Prince Chichibu Stadium on this occasion.

The Queensland-outfit are given a four-point start as they got cosy revenge at the Suncorp six weeks later and are in better nick than three defeats out of three this campaign suggests.

There will also certainly not be complacent of any sort of result after seeing the Sunwolves beat the Chiefs 30-15 in Hamilton a fortnight ago after pushing the Tahs all the way the week before.

The best-value wager looks to be Sunwolves lock Uwe Helu to score a try at 5-1. He crossed against the Chiefs and again in last weekend's 28-20 loss to the Blues in Auckland. The Reds have proved vulnerable to close-range drives from forwards this season.