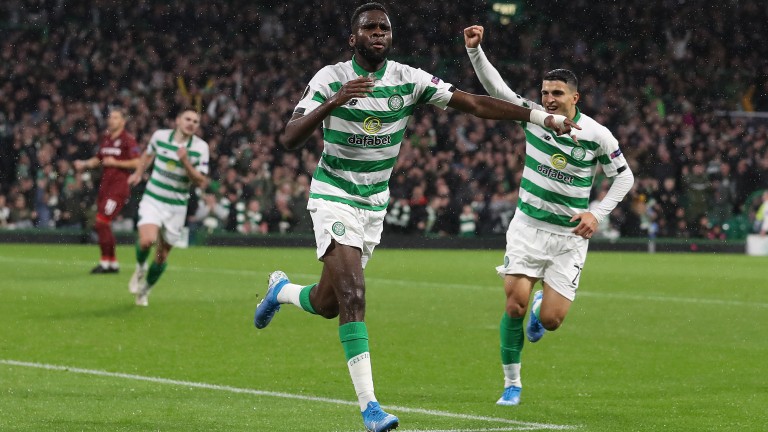 Partick Thistle can do enough damage limitation to avoid a hammering from Celtic and stay within a three-goal start on the handicaps.

The Jags will be hoping Celtic are rusty after their winter break.

And while the Hoops should certainly ease through, it's far from unthinkable that the Jags could give them a decent game at Firhill. Thistle are often at their best when written off.

The Ladbrokes Championship side have plenty of battle-hardened veterans such as Kenny Miller in their side and while expecting them to pull off a 40-1 shock is fanciful, they should have enough to give Celtic a game.

Thistle have scored in 11 of their last 12 games.

Motherwell
Mikael Ndjoli, on loan from Bournemouth, could make his first appearance. David Turnbull and Charles Dunne are out.

Motherwell should have enough quality to win at Dundee, but the unpredictable Dens Park side can at least put up a fight.

The Lanarkshire outfit are rightly odds-on favourites after an excellent season, although they blotted their copybook with a shock home loss to Hamilton in their last game before the break.

Every time Dundee have shown signs of life in a dreadful underachieving campaign, they seem to throw it away. However, a team with the likes of Graham Dorrans and Kane Hemmings in the squad have the ability to produce a performance.

And while Well should have enough to win, Dundee can at least score at home.

Well have won their last three games away from home on the trot.

Falkirk could be the pick of the bunch to provide something of a minor William Hill Scottish Cup shock by winning at Arbroath today.

The Bairns are under new management with Lee Miller and David McCracken in charge and there are encouraging signs they are going the right way after making it mighty hard for themselves in Ladbrokes League One.

They have a squad packed with players who should be at the same level as Arbroath in the Ladbrokes Championship at least and will fancy their chance of winning at Gayfield.

They haven't lost since the start of November and have won three of their last four games.

Arbroath aren't great in cup competitions - they have lost to Clyde and Alloa at home in cups and look to be uneasy favourites against a Falkirk side who should be brimming with confidence.

Edinburgh City can get at least a draw when they face Hamilton Accies in Lanarkshire.

The Ladbrokes League Two title-challengers produced a shocker last week when losing at home to Queen's Park, but that can be put down as a blip.

They'd won five in a row up to that point, which included a win over big-spending Cove Rangers, and had been flying. They had also kept four clean sheets

They are up against an Accies side who find themselves in the unusual position of being heavy odds-on favourites. Their game is based on other sides going at them and it will be interesting to see how they react to having to go and attack.

Accies also aren't quite as strong at New Douglas Park as they have been in recent seasons and have only won three of 11 home games in the league this season. The capital side can at least avoid defeat.

Albion have won their last two games at Stenhousemuir and Albion Rovers and look a team to follow in the second half of the season after a poor opening period of their campaign.

Veteran striker Darryl Duffy bagged a hat-trick in their last game at Cliftonhill and will fancy it at Galabank against an Annan side who were hammered 4-0 at home last week by Elgin City and have lost two in a row.