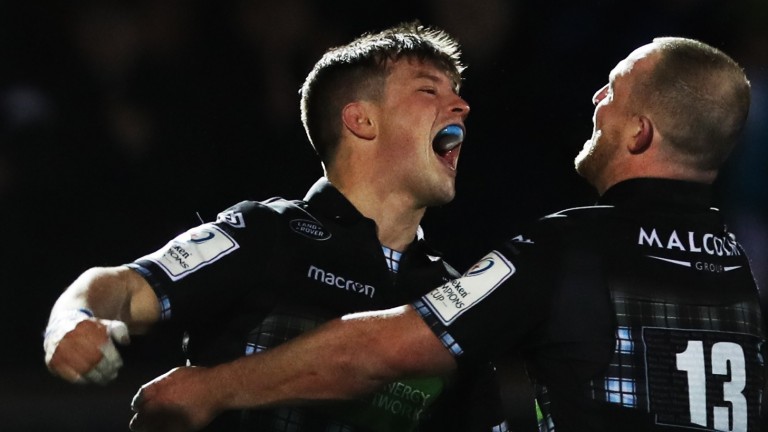 It is final-round derby day in the Pro14 and top spot in Conference A and third in Conference B are still to be decided, while the fourth-placed teams will battle it out for a berth in next season's Champions Cup.

Benetton should secure third place in Conference B with a cosy success away at Zebre and Scarlets can saunter into fourth spot in the section with victory over the Dragons at the Principality Stadium in the 3pm kick-offs.

However, there will be plenty of intensity and tension in the second Judgement Day encounter in Cardiff between the Blues and Ospreys (5.15pm) which will settle fourth in Conference A. In the game at Scotstoun in Glasgow (7.35pm), the Warriors are likely to need to secure three or more points against Edinburgh to fend off Munster for the section spoils.

Edinburgh are tempting with an eight-point start as they have won both previous 1872 Cup matches this campaign and grizzly head coach Richard Cockerill will have them fired-up to gain another opportunity to shine in Europe's premier competition after making the quarter-finals this term. To do that they need to match the Scarlets' result or better Benetton's.

However, staying in Glasgow for the playoffs is a huge incentive for Warriors who have scored tries for fun in their last two league wins over Ulster and Leinster. Replacement scrum-half George Horne looks a spot of value to scamper over for a ninth five-pointer of the campaign. Three have come after leaving the bench.

Further anytime tryscorer bets to have are Ospreys full-back Dan Evans who has nabbed a sensational eight tries in his last three league outings, stalwart Ulster centre Darren Cave against Leinster on his final Kingspan Stadium appearance (5.15pm) and Munster powerhouse backrower CJ Stander. The Red Army are likely to be expansive only when the points are secure against Connacht (7.35pm).